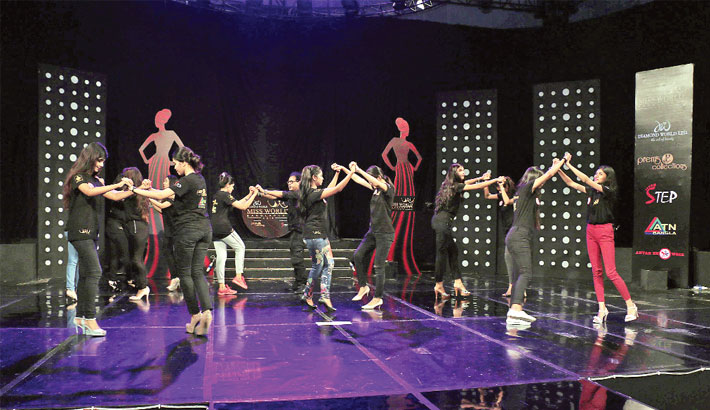 The private TV channel ATN Bangla will air the Miss World Bangladesh 2018, the most sought-after beauty pageant from today.

The latest edition of Miss World Bangladesh was begun through an audition round at Bangladesh Film Development Corporation (BFDC) on September 16.

Organised by Antar Showbiz, singer Shuvro Dev, model-actor Tarin, Emi, actor Khaled Sujan and Barrister Farabi were the judges on the audition round.

Today’s episode has been made on the basis of the activities of the audition round. The programme will be aired on the channel tonight at 09:00pm.

Directed by Mukaddem Babu, DJ Sonica and RJ Nirob will anchor the programme.

This is the second consecutive Miss World competition arranged by Antar Showbiz.

Earlier in 2001, Tabassum Ferdous Shaon represented Bangladesh in the 51st Miss World competition, which was held in Sun City of South Africa.

Bangladesh started the journey in Miss World competition in the year 1994.