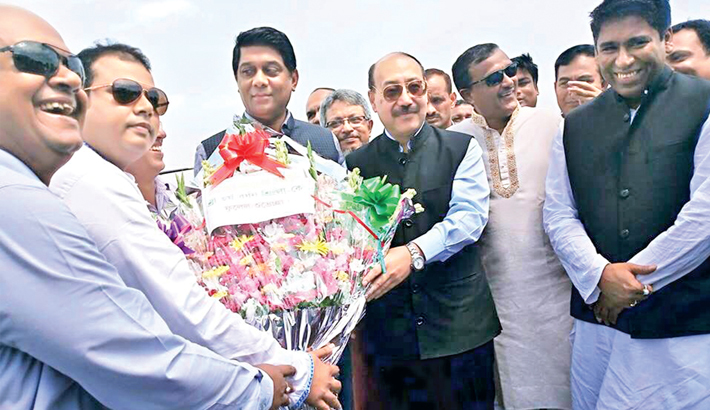 Indian High Commissioner to Bangladesh Harsh Vardhan Shringla on Saturday said his government is undertaking concentrated efforts for upliftment and welfare of the freedom fighters of Bangladesh.

The Indian High Commissioner said this while speaking at Muktijoddha scholarship cheque distribution ceremony at Sher-e-Bangla Medical College in Barishal.

Shringla said India and Bangladesh share a common heritage, cultural linkage and have shed blood together on the battlefield.

The Indian envoy said to honour valiant efforts of Muktijoddhas, the government of India has initiated a number of measures and schemes. Muktijoddha scholarship scheme is one such initiative and the scheme was launched in 2006, he continued.

Under the scheme over 12,621 students have already been awarded scholarship and an amount of Tk 21 crore has been utilised, he maintained.

Shringla also recalled that during the visit of Sheikh Hasina to India in April 2017, Indian Prime Minister Narendra Modi announced three initiatives dedicated towards the welfare of freedom fighters—Nutan Muktijoddha Sontan scholarship scheme, free of cost treatment of Muktijoddha patients in India, and five-year multiple entry visas for all Muktijoddhas.

He said 120 students of Barishal division were handed over scholarship cheques at the ceremony.

Similar functions have also been convened by the High Commission of India in Dhaka, Mymensingh, Jashore, Chittagong, Cumilla, Rajshahi and Rangpur and the programme will culminate with function in Sylhet on Sep 13, he said.