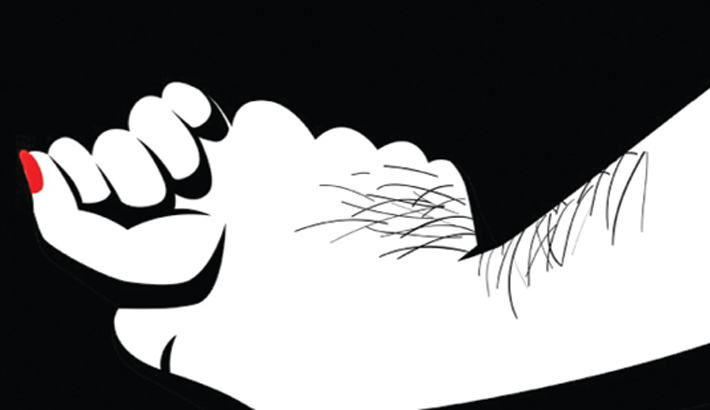 In most of the countries, marriage is occurred by mutual consent. A couple invests trust, feelings and presumably their whole life in the unison. Rape per se is an offence against a woman, violating

her dignity and self-respect and when it occurs within the four walls of a matrimonial home, it reduces the woman to the status of an object used merely for sexual gratification.

Most people in Bangladesh have a very stereotypical concept of “rape”, that is a possibility only with a stranger and thus do not acknowledge it as a crime when it occurs within the marital bond. Also, studies and researches conducted on victims suggest otherwise, the trauma of a victim of marital rape is much more than in case of a stranger rape, as in the former case the victim might not be able to reach out for any support and the ordeal may continue. There is an immediate need for a distinct law on marital/spousal rape in Bangladesh, which should be at par with the accepted international norms on this issue.

In the context of Bangladesh rape within marriage is a concept that agonises the wife to the very core. The dread of having to face it and still have to suffer through silently it is an unbearable thought that affects the psyche of the women. This self-enforced silence has a very detrimentaleffect on the emotional, psychological and mental stability of women. However, this silence is not exactly self-enforced. The lack of laws and abundant social stigmas against the act of marital rape is one of the primary reasons that the evil of marital rape is still hidden behind the sacrosanct of marriage. The concept of marital rape is still not being that much discussed in the society.

will constitute the offence of rape. That is to say, if the wife's age is not less than 13 years and her husband compels her to have sexual intercourse with him, it will not amount to rape. Thus this exemption clause makes it legally impossible for a man to rape his wife who is over 13 years of age.

In Bangladesh a lot of laws have been passed to protect the woman from violence and rape. Among them “Nari-o-Shishu Nirjaton Daman Ain, 2000” is the most popular.

Throughout the history of most societies, it has been acceptable for men to force their wives to have sex against their will. The traditional definition of rape in most countries was ‘Sexual intercourse with a female not his wife without her consent’. This provided the husband with an exemption from prosecution for raping their wives—“a license to rape”. Bangladesh is also following the same route. The foundation of this an exemption can be traced back to statements made by Sir Matthew Hale, Chief Justice in 17th Century England. Lord Hale wrote that: “The husband cannot be guilty of rape committed by himself upon his lawful wife, for by their mutual consent and contract; the wife hath given up herself this kind unto her husband which she cannot retract.”

Due to the law & the societal practice, women who are raped by their husbands are likely to be raped many times. Marital rape is a serious problem that millions of women worldwide have to suffer and face such abuse on a day-to-day basis. It is difficult to obtain accurate data and rape and violence against women within the family, in part because women are reluctant to report incidents, as women raped by their husbands may hesitate to report because of family loyalty, fear of their abuser’s retribution, inability to leave the relationship, safeguarding the future of their children, or the fact that there are no stringent laws in force protecting the victims of marital rape. Despite underreporting, marital rape unquestionably has an enormous impact on the lives of women who experience it.

In 1991, in the case of R v R England marital rape was rendered illegal in England where in Bangladesh the British mandated marital rape exemption still exists. In accordance with the changed social norms, I think it is high time we need to amend the British colonial Penal Code of

1860 or introduce new laws regarding marital rape. Gujarat HC said in …, “Marital rape is not a husband’s privilege but a violent act and an injustice that must be criminalised”. By criminalising marital rape we can actually remove medieval gist from our mindset that the wife does not really become a property of the husband after entering into marriage contract so that the husband gets into sexual intercourse whenever he demands. It will diminish the patriarchal tendency of the society also will remove the sexist mindset from the society.

We have advanced in many fields still marital rape is not considered as an offence in Bangladesh. Despite having amendments, law commissions and new legislations, one of the most humiliating and debilitating acts is not an offence in Bangladesh. It is high time for the lawmakers to enact laws regarding marital rape & take necessary steps to lessen the violence against the women.