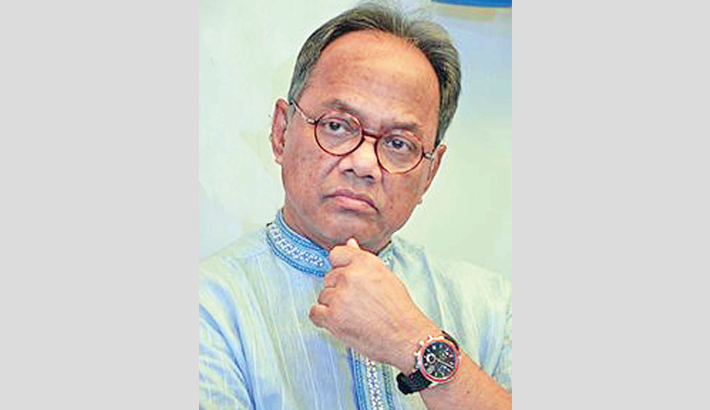 On this day in 1955, he was born at his grandfather’s home at village Medinimondol in Bikrampur.

Love and well wishes from his fans, friends and family members from across the world pour in for the versatile writer on this auspicious occasion.

Imdadul Haq Milon is a renowned novelist and journalist.

His novel Noorjahan (Glowing light of Earth) is deemed to be a masterwork of the literature.

As a litterateur, Imdadul Haq Milon’s popularity has spread to the Bengal surpassing boundaries of his motherland.

His novels were translated in multiple languages and he was given the highest Indian literary award of IIPM – Surma Chowdhury Memorial International Prize in 2013 in recognition of his contribution to literature.

He then moved to Gendaria in Dhaka. He wrote his first story Bondhu in 1973. Bangla Academy’s Uttaradhikar magazine published his first novel Jabojjibon.

He authored books on classic stories, historical writings, romantic stories and other genres. He has published over 150 books. His ancestral home is at village Paisha under Louhajong police station in Munshiganj district. Gias Uddin Khan is his father and Anwara Begum is his mother.

As a litterateur, Milon’s popularity spreads over to West Bengal of India surpassing the boundaries of his motherland.

He spent his childhood with his maternal grandmother. Milon did his Secondary School Certificate (SSC) from Gendaria High School in 1972 and Higher Secondary Certificate (HSC) from the then Jagannath College in old Dhaka in 1974. He obtained his degree from the same college in 1979. He was awarded Bangla Academy Literary Award in 1992.