We Must Save Our Regional Multilateral Forums 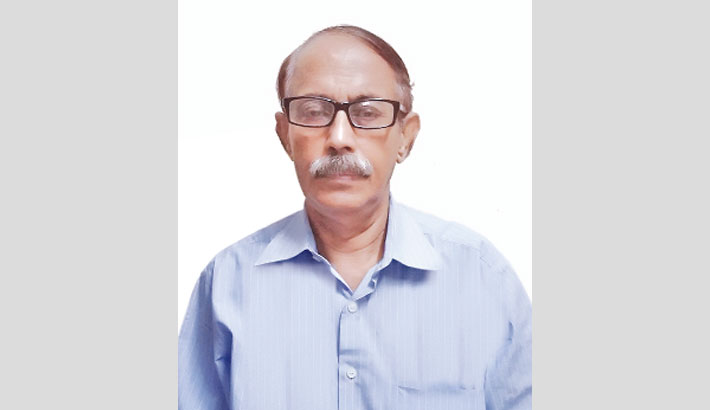 When a turn to the populist right  is the major trend in the politics of our time, especially  in the European and North American continents that once championed the lofty ideals and values they claimed lay at the  core of their civilisation, we cannot expect the rest of the world to remain unaffected by it.

While a nation is being torn asunder by such divisive political trends at home, its impact can naturally be felt in the international forums that it is part of. The spirit of mutual trust and understanding that keeps these international platforms going, where the member countries meet, discuss, sort out their differences and make deals, suddenly find themselves in troubled waters.

Unsurprisingly, the impact of this paroxysm of revivalism in politics and society has proved to be damaging for the various world forums including the UN and its affiliated organs. The global as well as regional forums for enhanced cooperation among nations in the areas of economy, trade, security, environment, culture, education, health and so on are being strained by the divisive forces of parochialism and selfishness in the domestic politics of many member countries.

The USA under Trump, for instance, has already withdrawn itself from the Paris Climate Accord, the UN Human Rights Council, trashed and pulled out of the Iran nuke deal to the dismay of its European allies. It has abandonment the 12-nation trade pact among Pacific Rim nations, the Trans-Pacific Partnership (TPP), shortly after Trump’s assumption of office. It has also been threatening to withdraw from North American Free Trade Agreement (NAFTA).

Clearly, such policy changes on the part of the US government are a reflection of the surge of populism in the country’s politics. President Trump, despite his usual habit of blowing hot and cold over every conceivable issue under the sun, is but following the dictates of the populist politics that brought him to power. But the present style of American diplomacy under Trump has left a far-reaching impact on international diplomacy. America is the world’s sole superpower with its immense wealth and military might. Small wonder that as a result of its unpredictable behaviour combined with occasional threatening postures, the world’s existing order has gone balls up.  What is alarming is that it may provoke some governments with little or no observable track record of regard for international rules or responsibilities will be predisposed towards following suit.

It is bad news for smaller and less privileged countries like Bangladesh. If more countries, driven by populism or for just expediency, decide to join the fray, then gradually the international and regional multilateral forums that act as platforms to discuss and reach deals or sort out differences   among the nations may lose their importance as the renegade countries won’t be willing to fall within the purview of these collaborative organisations.  In such a dog-eat-dog world, the weaker and resource-poor nations will run the risk of losing out to the more resourceful and powerful countries or even being bullied around by the roguish ones.

Since these less privileged nations cannot simply afford to go alone, it is in their best interest that they close their ranks in the existing international and regional multilateral forums. If necessary, they may float more such regional and international forums and move in a body to protect their national interests. Though this is not a foolproof answer to the emergent world of uncertainty, it is still the best possible option before them.

The imperative is not to entertain or allow the rise of cheap and divisive populism in their domestic politics while at the same time guard against any fissiparous tendencies in the regional or international forums they happen to be members of.  Since the strength of the smaller and resource-poor countries lies in their unity, they need to work hard to protect and preserve the multilateral forums as platforms to resolve issues of mutual interest.

Near at home Bangladesh is a member of the South Asian regional forum, South Asian Association for Regional Cooperation (SAARC) and the Bay of Bengal Initiative for Multi-Sectoral Technical and Economic Cooperation (BIMSTEC). Both these regional forums have the potential to turn the regions they represent into real power houses of growth and development and from which the member countries can benefit immensely. But so far there have been meetings and summits galore and they are yet to deliver on the decisions taken and promises made at those meetings/summits.

The other day the seven-nation BIMSTEC concluded its two day long fourth summit in Nepalese capital Kathmandu on August 31. Results? Well, a deal on setting up cross-country energy grid has been inked and commitment to work together to combat terrorism, etc has been reaffirmed. We hope this 21 year old forum will be able to come of age and deliver.

We should be thankful for the fact that BIMSTEC, unlike the older South Asian regional body, SAARC, has at least continued meeting and holding talks. Though the South Asian Association for Regional Cooperation (SAARC) could deliver little in its 33 years of existence, the member states were nonetheless on talking terms until 2014, when its 18th summit was held in Kathmandu. Unfortunately, no further meetings or summits have taken place after the Kathmandu event.  Granted that there are reasons for such an impasse, still the Sub-continental nations can ill afford to see it become dysfunctional.  Every effort should be made by the member states to resolve the differences between the two nuclear-armed neighbours, India and Pakistan, and resuscitate this highly potential South Asian forum.

Dhaka being the birthplace of SAARC, Bangladesh has a stake in seeing that SAARC survives as it is home to 21 per cent of the world’s  population and 3.8 per cent of global economy (worth around 2.9 trillion USD).

In this era when disruptive politics and diplomacy are in the ascendant, we should not add further fuel to the flames by allowing divisive politics to take hold at our doorstep.  Every effort should be made to save the existing platforms to meet and discuss with our close neighbours.