Fitness certificate process to get easier 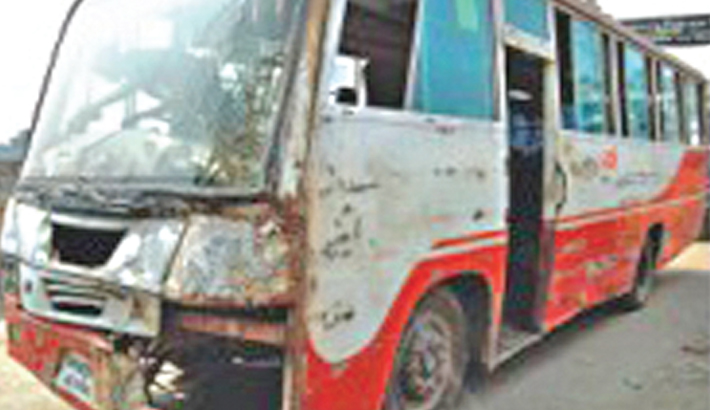 The government has taken an initiative to set the economic lifespan of buses and trucks to bring discipline in the public transport sector.

The rise in road fatalities caused mainly by unfit buses and trucks has prompted the government to make plans for setting the economic lifespan of the vehicles.

Besides, new decisions will be made regarding vehicle fitness inspections so that the vehicle owners can obtain fitness certificates from any circle offices of the transport regulator -- Bangladesh Road Transport Authority (BRTA).

Currently, buses and trucks are allowed to ply in the capital up to 25 years and 20 years of their age.

But the vehicles plying outside the capital have been kept outside the purview of the age limit, making the countryside highways and roads full of rundown and old vehicles and increasing the risk of accidents.

BRTA already held a meeting with various stakeholders including Bangladesh University of Engineering and Technology (BUET) and Accident Research Institute (ARI) to formulate new rules and regulations to restrict plying of old and rundown vehicles on the roads outside the capital.

BRTA Chairman Mohammed Moshiar Rahman said that a meeting was already held to set the economic lifespan of buses and trucks.

The decision will be finalised after taking opinions from all stakeholders.

Under the existing Motor Vehicle Law, the fitness inspection of motor vehicles is conducted in the designated BRTA circle offices as per the vehicle registration zones.

But in reality, a large number of vehicles do not ply in the areas under their designated BRTA offices, making it difficult for the vehicle owners to renew the fitness certificates.

That is why many car owners look for illegal ways to renew the fitness certificates without taking their vehicles to BRTA circle offices.

Though late, BRTA is going to decentralise the fitness test, according to a BRTA official.

“Once the rules are changed, fitness inspection can be done from any BRTA circle office,” he said.

BRTA with the help of Korea International Cooperation Agency (KOICA) installed the first-ever digital Vehicle Inspection Centre (VIC) at Mirpur BRTA in 2016. According to BRTA officials, the digital VIC takes 15 minutes to check the fitness status of a bus and 10 minutes for a car.

But there are allegations of harassment during vehicles fitness testing as the digital VIC is not always used to test the fitness of vehicles. There are also allegations that fitness certificates are often issued without having the vehicles present at the inspection centres.