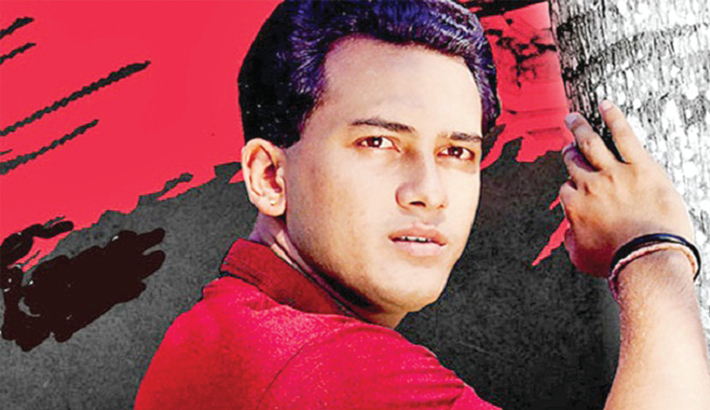 To mark the day in a befitting manner, different cultural organisations have chalked out elaborate programmes across the country.

Besides, local satellite television channels will air programmes to pay tributes to the late superstar.

Private TV channel Boishakhi television arranged special programmes to mark the day. The channel will air musical shows Music Album at 09:10am and Ebong Cinemar Gaan at 1.15pm today. Popular songs of Salman Shah acted film will air on the music shows.  Boishakhi TV will also air two movies Shopner Thikana at 02:45pm and  Bichar Hobe at 12am to mark the day.

Another TV channel will air live studio concert ‘Music Station’ at 11:20pm to mark the day.

Shahriar Chowdhury Emon, who is better known as Salman Shah, was born in Sylhet on September 19, 1971.

Salman Shah started his career with a one-episode TV serial entitled ‘Pathor Somoy’. After that, he was seen in TV advertisements.

Salman’s first appearance in a major role was in feature film Keyamat Thekey Keyamat released in 1993.

Salman Shah started his acting career through TV drama. In his short career, he acted in 27 films. His film career was associated with first actress Moushumi and then Shabnur.

To pay tribute to Salman Shah, Dhallywood superstar Moushumi will make a film on the prematurely died superhero.

Salman-Moshumi was one of the most popular pairs in Dhallywood. Their first film Keyamat Theke Keyamat was a super hit.