Cleopatra: A Beauty With Brain 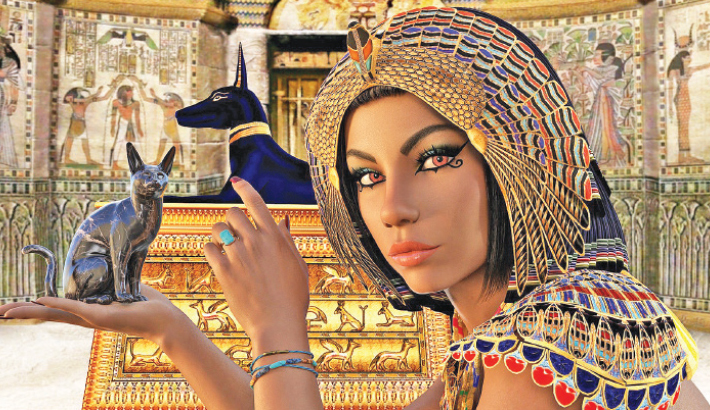 Cleopatra – the name is significant in the history for just so many reasons. Apart from her incomparable beauty, more than 1,500 years before the reign of Elizabeth I of England, Cleopatra proved that women were capable of ruling nations, and that they could do it with intelligence, grace, and sometimes brutality. But much of what we know - and don't know - about the queen of the Nile comes from history that has been fictionalized and re-fictionalized so much that the made-up stuff is sometimes better-known than the facts, and the facts themselves are kind of surprising.

She was more famous for her smartness rather than beauty

According to Ancient Origins, beautiful Cleopatra was not just a shrewd diplomat; she was also a student of mathematics, medicine, alchemy, economics, history, geography, and every general education. She also spoke nine languages. She could actually speak the same language as the people she ruled. Besides Greek, which was the native tongue of the Ptolemaic dynasty, Cleopatra spoke the languages of most neighboring people, including the Arabs, Jews, Parthians, Syrians, Ethiopians, Medes, and the Troglodyte. According to Ancient Origins, Cleopatra could speak the native Coptic and she could read hieroglyphics. What's more, she had herself depicted as an Egyptian, wearing the traditional dress and attending traditional Egyptian festivals and ceremonies. It was said that she was a patriot and became a popular leader among the Egyptian people even though she was not descended from any true Egyptian pharaohs. Cleopatra, unlike her predecessors, recognized the value of appealing to the cultural identity of the people she ruled, which is quite an evolved idea even for a lot of modern politicians.

She killed her siblings

She killed three of her siblings, including the two she was married to. In Egypt, it was customary for pharaohs to rule in pairs - every regent needed a co-regent of the opposite gender. According to researchers, Cleopatra ruled with her father Ptolemy XII for a short time until his death in 51 B.C. In his will, Ptolemy XII decreed that Cleopatra should marry her 11-year-old brother, which was probably only a ceremonial thing, but either way the two were clearly not fond of each other and the relationship ended with Ptolemy XIII trying to wrest control of the throne, and his sister appealing to Julius Caesar for help. Whereas, Caesar and Cleopatra famously became lovers, and Ptolemy XIII was never happy with Caesar's decision that he should rule with his sister. Eventually Caesar defeated Ptolemy at the Battle of the Nile, and Ptolemy drowned in the river while trying to escape. So Cleopatra was really only partially responsible for that brother's death, but there's more. Cleopatra had to marry her other brother, who later died under "mysterious circumstances. Well, some experts opine that Cleopatra had him poisoned. Then she ordered the execution of her sister Arsinoe, who took Ptolemy's side during the family feud and at one point declared herself as the queen.

The lavish lady had her own drinking club

Cleopatra was smart, shrewd, capable, and kind of a party animal. She enjoyed her drink with her drinking partner- the Roman general Mark Antony, also her boyfriend. Cleopatra and Antony formed their own drinking club, according to the historians. Antony and Cleopatra would wander around the city in a state of drunken giddiness and play pranks on common Alexandrians.

We can establish the fact that Cleopatra was interested in alchemy, but she also understood a bit of actual chemistry. She believed in the power of fragrance not just as a cosmetic but also as a tool of persuasion. According to different sources, Cleopatra doused her ship's sails with perfume before sailing to her first rendezvous with Mark Antony to make sure that he smelled her before he saw her. She also owned a perfume factory, which sort of seems like an odd side job for a queen, but her perfume taste was never satisfying, thus she had her own factory. The ruins of Cleopatra's perfume factory were found by the Dead Sea near Ein Gedi. There is evidence that it also operated as a sort of day spa - Cleopatra even had her perfume recipes recorded in a book called Gynaeciarum Libri, which has unfortunately been lost, perhaps perishing in the fire at the Library of Alexandria (according to researchers).