Madhuri, Sanjay to come together after 21 years 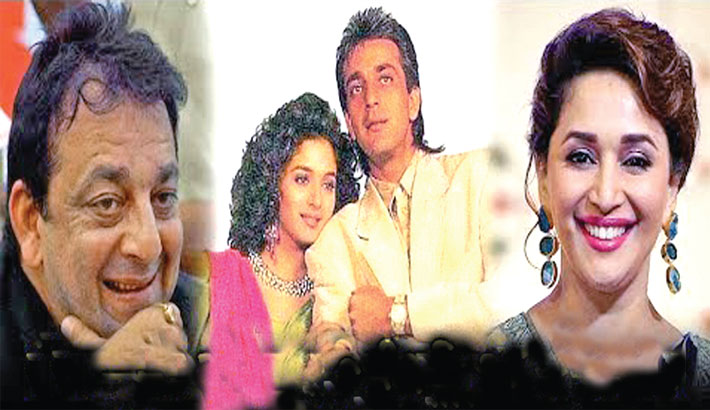 The announcement of Abhishek Varman’s upcoming multi-starrer in April was punctuated with incessant speculation around two of its seven central characters — and Sanjay Dutt.

Actors, who were last seen together 21 years ago, shot for their portions in Abhishek Varman’s next.

Many reports claimed that the co-stars of several ’90s hits, including Thaanedaar, Khalnayak and Saajan, who have reunited 21 years after their last release, the Afzal Khan-directed Mahaanta, have no scenes together in the upcoming period-drama. However, Mirror has learnt that the actor-duo kicked off shooting for their portions together last week on the Kalank set at Chitrakoot Grounds in Mumbai.

A source from the film’s team reveals, “Sanjay and Madhuri shot a couple of dramatic sequences together over three days with co-stars Varun Dhawan and Alia Bhatt.

While Varun’s portions were wrapped up in two days, Alia was present on the set for a day after which she headed to Bulgaira to resume work with Ranbir Kapoor on Ayan Mukerji’s Brahmastra.”

According to the source, there was no awkwardness between the former co-stars and the scenes went off smoothly. “Next up, Madhuri is scheduled to shoot her grand mujra song, choreographed by Saroj Khan and Remo D’souza, from September 5 to 7, while Sanjay is yet to wrap up his portions as well. All major scenes will be completed by the month-end,” the source informs, adding that Abhishek is aiming to wrap up the film by November-end.

Madhuri was brought on-board Kalank in place of Sridevi after the latter’s untimely demise in February. The film is produced by Karan Johar, Fox star Studios and Sajid Nadiadwala.

Mirror had earlier reported (July 25) that the film’s shoot had come to a halt after a part of the set at Chitrakoot Grounds suffered rain related damage. The team resumed work in early August after the set was rebuilt.              —mumbaimirror