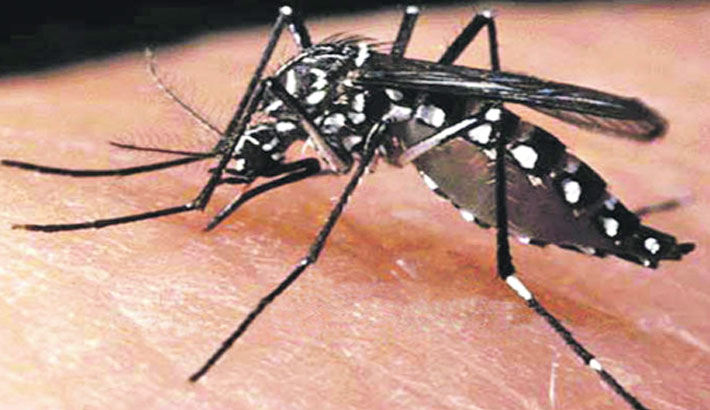 More than 3,000 people have been infected with dengue in the capital and 11 of them died of the disease, showing a rise in the number of dengue cases compared to the last year.

According to a report of Health Emergency Operations Centre and Control Room of Directorate General of Health Services (DGHS), 3,142 people were admitted to different hospitals with dengue in the capital from January 1 to September 4 this year and 11 of them died.

“Dengue cases this year is much higher than the last year (2017). The number of dengue patients rose in July,” Prof Dr Meerjady Sabrina Flora, Director of Institute of Epidemiology, Disease Control and Research told the daily sun.

She said people are infected with dengue disease in the capital as Aedes mosquito responsible for dengue transmission breeds mainly in the city.

In view of this situation, health experts have advised people to remain alert to the danger of dengue as the capital sees an outbreak of the disease in the rainy season.

They, however, said although dengue usually spreads in the rainy season from April to October, it may infect people anytime round the year.

The DGHS report says three people were  infected with dengue in the port city of Chattogram since January.  reported and they were admitted to different hospitals in the city.

“There are three types of dengue - dengue fever, dengue hemorrhagic fever (DHF) and dengue shock syndrome (DSS). As of September 3 this year, most of the patients were suffering from dengue fever while some died of DHF and DSS,” Muhammad Shakhawat Hossain, Medical Officer of the Health Emergency Operations Centre and Control Room said on Monday.

The DGHS control room source said four dengue patients died in August, four in July and three in June this year at different hospitals in the capital.

“We are analysing whether there is a serious matter in this year’s dengue disease,” ASM Alamgir, a senior scientific officer of the IEDCR told the daily sun.

Hospital sources said there is a dengue outbreak in different parts of the capital, including Segunbagicha, Bailey Road, Banglamotor, Eskaton, Kathalbagan, Kalabagan, Dhanmondi, Mohammadpur, Mirpur and Tejgaon areas during this rainy season.

Launching a crash programme at 56 Ward to identify and destroy Aedes larvae at city’s Eskaton Garden on Monday, DSCC mayor Sayeed Khokon said the number of dengue patients has risen this year compared to the past 2-3 years but there is nothing to be panicked

The mayor also called on the city dwellers to remove abandoned tires, flower tubs, stored air conditioner water from their homes and also instructed them not to allow water to be stored at a specific location for more than five days.

A survey of the DSCC, conducted by its health department  between June 25 and July 15 at all its 57 wards under five zones, found that aedes larvae exist in one of the three houses.

Talking to the daily sun, Chief Health Officer of Dhaka North City Corporation Brig Gen Md Zakir Hassan said, “We are getting reports on dengue infection in the city. But it is not possible to stop it without coordinated efforts. The city corporation has been carrying out crash programmes to destroy Aedes breeding places, but our workers cannot enter the rooms of residences.”

Mentioning that they carried out the crash programme from August 4 to 16, Zakir Hassan said they will conduct further such drive to destroy Aedes larvae breeding places from September 9 to 24.

“We also urged the Housing Society authorities of the city to clean the rooms of the residences and formed five-member committees led by commissioner of each ward of the city in this regard. We’ll also start a programme in schools to create awareness among children of dengue,” he added.

Health experts advised people to keep their houses and neighbourhoods clean to prevent the mosquito-borne diseases as a recent survey found the presence of Aedes mosquito responsible for viral dengue disease in different areas. of the capital.

A joint study conducted by the International Centre for Diarrhoeal Disease Research, Bangladesh (icddr,b) in collaboration with some national and international institutions, said dengue virus are responsible for over 100 million confounder adjustments.