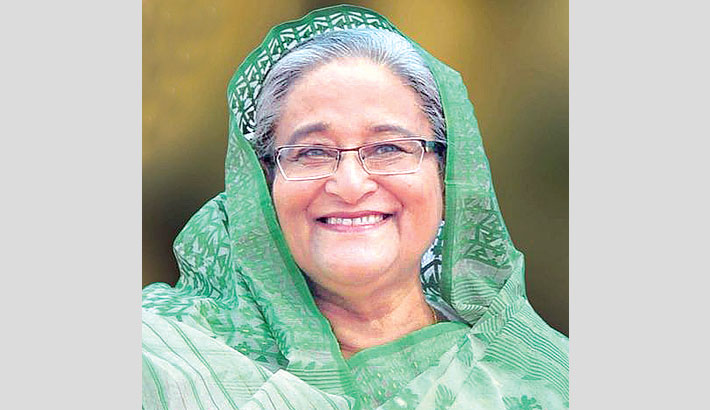 The popularity of Prime Minister Sheikh Hasina has marked a significant rise as 66 percent of the people have support for her, according to an international survey.

The survey conducted by International Republican Institute (IRI) suggests that the Awami League-led government is now enjoying support of 64 percent of the people.

Washington-based IRI conducted the survey between April 10 and May 21, 2018, a copy of which BSS obtained on Monday.

IRI, a nonprofit and nonpartisan organisation, collected the data using a multi-stage stratified probability sample through in-person and in-home interviews. The sample was stratified by division, district, urban and rural locations.

The majority of Bangladeshis said the country is marching ahead in right direction under the leadership of Sheikh Hasina.

The 33-page survey entitled “National Survey of Bangladesh Public Opinion” found that a staggering 62 percent of people believe the country is progressing on the right path and as many as 69 percent of people are satisfied with the current state of the economy.

Regarding providing people with basic services, the government is held in high regard as 67 percent of people are happy with health care services, 64 percent with the electricity situation, and 61 percent with the development of roads, highways and bridges.

Around 51 percent of people have expressed satisfaction with the current state of democracy and 51 percent people vindicated their trust on the work of the parliament.

In addition, around 81 percent of people are said they will cast their vote in the upcoming election.

The sample consists of 5,000 respondents, aged 18 and older, and is representative of voting-age adults nationally. An earlier survey, conducted by IRI, illustrated a similar tenor of public opinion on Bangladesh’s progress.

Released in January 2016, the poll divulged that 64 percent of the respondents thought Bangladesh is heading in right direction.

Another survey conducted and released in 2015 by the British Council, ActionAid Bangladesh, and the University of Liberal Arts Bangladesh (Ulab), showed that 75 percent of Bangladeshi youths believe the country will be more prosperous in the next 15 years, and 60 percent think it is heading in the right direction. Preferences of the surveyed citizens reveal that Prime Minister Sheikh Hasina stands out as the most popular and trusted national leader of Bangladesh. Around 72.3 percent respondents have a “good” opinion about Sheikh Hasina running the country.

In contrast, only 26.6 percent respondents have a good opinion about Khaleda Zia running the country.

According to another 2015 IRI survey, around 67 percent of respondents claimed Sheikh Hasina is a reliable statesman.