2.5 lakh copies of the newsletter to be distributed free of cost 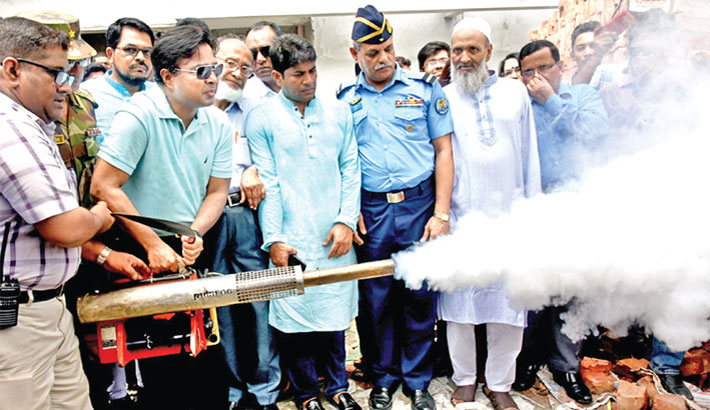 The newsletter edited by chief public relation officer of DNCC ASM Mamun will raise awareness about the DNCC services among city dwellers by providing detailed information.

In its first edition, DNCC published 2.5 lakh copies which will be handed out to city dwellers and others concerned free of cost, officials of DNCC said. The next edition will be published in October.

A large number of copies have already been sent to councillors and zonal offices.

On Monday, the DNCC handed over a consignment of the quarterly to postal department at a programme at its office at Gulshan-2.  They will be delivered to every household under the corporation.

Though many cities of developed countries publish such newsletters, Bangladesh had no such booklet, he said, adding that it will help ensure transparency and accountability.

A team under chief executive officer Meshbahul Islam is working to contribute to the publication of the booklet.

Talking to daily sun, editor of the newsletter Mamun said, “Before publishing the newsletter, we asked followers of DNCC Facebook page to send a title for the booklet.”

“We received at least 140 titles from the Facebook page which has 1.2 lakh followers. Of them, we picked the name Nogoria which was sent by a professor of Dhaka College,” he said.

He said the newsletter contains phone numbers of officials of different departments and zones under the city corporations.

Progress of work of different departments will also be found in the newsletter, he added.

Apart from that, the newsletter will serve as a medium of awareness about natural disaster, prevention of chikungunya disease and other health-related issues.

Information on rise and cut of tax, trade license, waste management, public transport, development projects and the news as well as updates of the recently extended 18 wards will also be available.

A non-government development organisation of Japan has gone into partnership with DNCC to bear the expense of the first two editions.

The newsletter also reserves a section for city dwellers named Tips Corner where they can write and narrate civic problems.