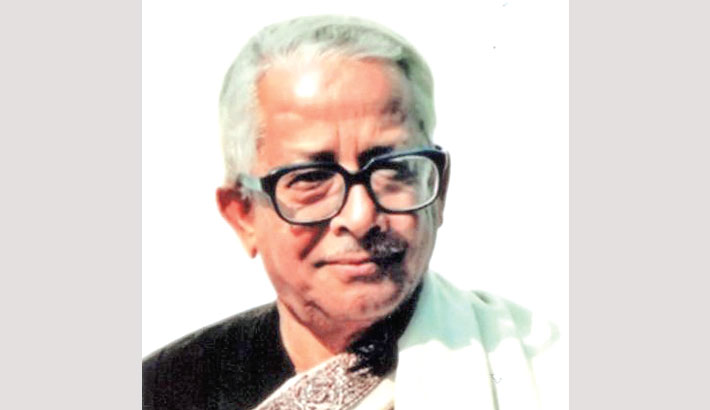 Today is the second death anniversary of Advocate M Abdur Rahim, a close associate of Father of the Nation Bangabandhu Sheikh Mujibur Rahman and also a member of the constitution formulation committee.

He was suffering from various old-age complications. An organiser of the Liberation War in 1971, Abdur Rahim breathed his last at BIRDEM Hospital in the capital.

He left behind two sons, four daughters and a host of relatives and well-wishers to mourn his death.

He was laid to rest at his Jalalpur village home in Dinajpur district.

As a worker of United Front Alliance, M Abdur Rahim took part in electioneering on behalf of Huseyn Shaheed Suhrawardy in the polls in 1954. He was a member of legal aid committee on historic Agartola case. In 1970, he was elected provincial assembly member as a candidate of Awami League. In 1971, he worked as an organiser of Liberation War in Dinajpur area. He was assigned as a zonal chairman of west zone by the Mujibnagar government.

On December 18, 1971, two days after the country achieved victory after nine months of war with Pakistan, he hoisted the flag of independent Bangladesh in Dinajpur.

Family members of the deceased and various political and social organisations have chalked out four-day programmes marking the second death anniversary.

Recitation of holy Quran and special prayers will be held at the grave of M Abdur Rahim at 10:00am Tuesday.