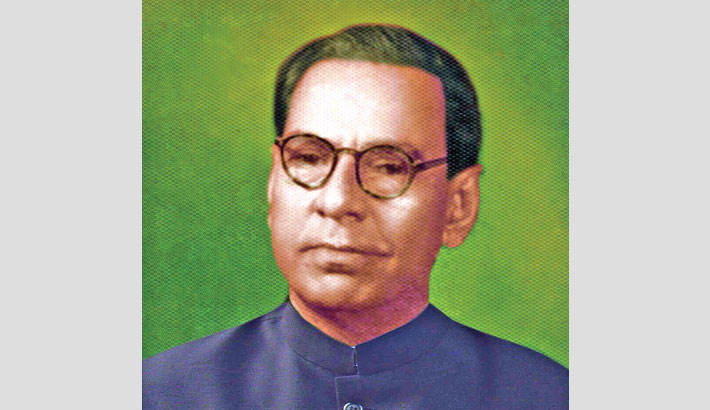 He was born in Dhanikhola village of Mymensingh district on this day in 1898.

Mansur Ahmad is one of the best satirical writers of Bengali literature. He also had an illustrious career as a journalist and a politician.

In 1946, he was the founder editor of daily “Ittehad” from Kolkata, and had earlier worked at the daily newspapers “Krishak” and “Navajug” and many other periodicals.

An immensely successful politician, Abul Mansur Ahmad was the provincial Education Minister of Sher-E-Bangla AK Falzul Haq’s United Front government, and in 1957, he served as the Commerce and Industry Minister of the central government led by Prime Minister Hossain Shahid Suhrawardi.

His contribution to the development of East Bengal through various initiatives, especially in industrialisation, is undeniable.