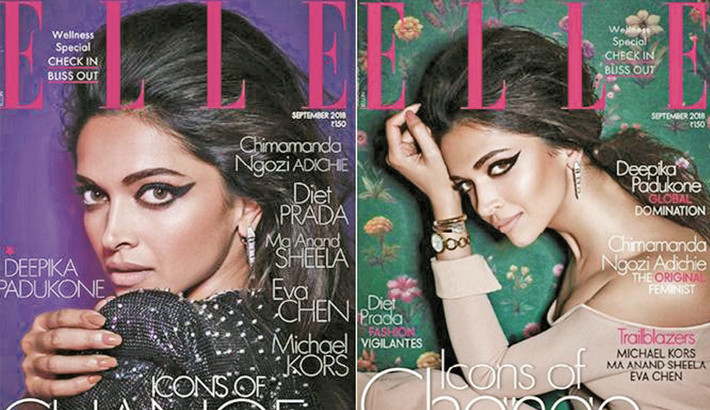 Deepika Padukone has graced the cover of 'Elle' magazine's September issue and the multi-talented star looks stunning as always. Bollywood's 'Mastani' donned a vintage avatar with bold winged eyeliner and a bouffant-like hairdo. In the close-up shot, she wore an embellished shiny black outfit with puffed-up shoulders. The actress is sure to steal hearts of many with her drop dead gorgeous looks.

The official Instagram handle of Elle India shared the cover, writing, "National-level badminton player, award-winning performer, mental health campaigner and international style icon @deepikapadukone is exactly where she wants to be ¿ right on track for global domination. Read more in our #SeptemberIssue. On stands September 6."

Earlier, the actress mesmerized the world with her bold style statement at the MET Gala and Cannes Films Festival, apart from making it to the cover of international magazine TINGS London. She also featured in the Time 100 list of most influential people.

Deepika proclaims the title of being the most commercially viable actress in the industry, in addition to being the highest paid.      —Mid-Day