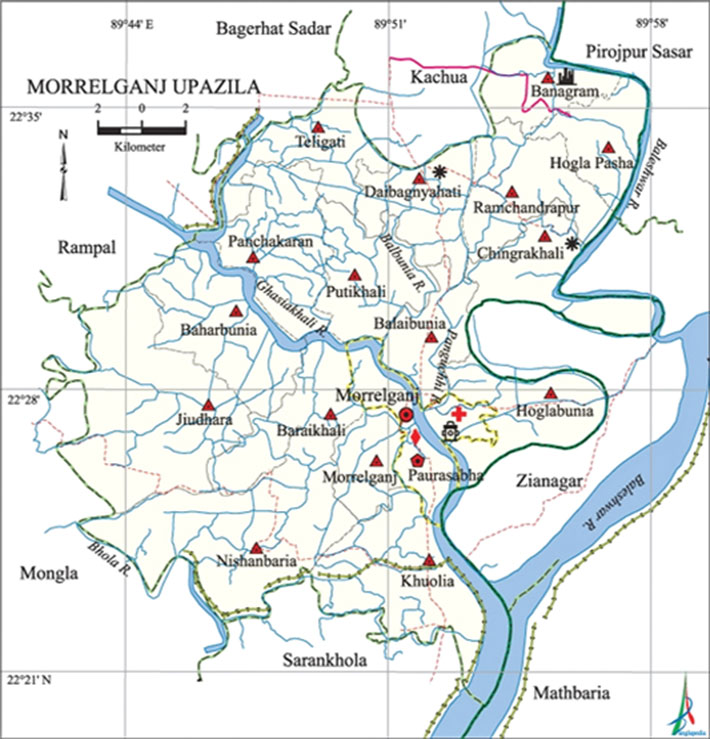 Administration Morrelganj Thana was formed in 1909 and it was turned into an upazila in 1985.

Historical events During the British rule in India Henry Morrel established a Neelkuthi in this upazila and conducted heavy torture on the indigo planters. In protest, peasant movements began under peasant leader Rahimullah of Baraikhali. As the consequence Rahimullah was killed on 25 November 1861. Atthe end of May of 1971 the Pak army conducted mass killing at Morrelganj Bazar. On this day the Pak army and local razakars arriving from Bagerhat by motor launch surrounded the whole bazar and killed a lot of people by firing. Besides, during the war of liberation the Pak army set many houses of the upazila on fire and burnt many people to death.

Marks of the War of Liberation Martyrs’ Memorial monument 1.