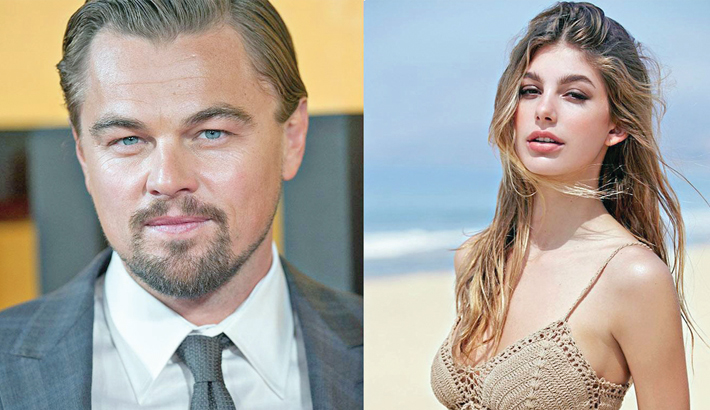 Leonardo DiCaprio is reportedly getting serious about his relationship with Argentine model Camila Morrone. The duo are apparently planning to get married very soon.

According to a report in Us Weekly, the two are inseparable after dating for eight months. A source said: "They're very in love and serious. They've talked about getting engaged."

"He's ready to have kids. She loves having little kids around and wants to have kids with Leo, but she wants to get married to him first. She's very traditional in that way," the insider added. "Cami and Leo want to have fun and are very playful."

Though he dated supermodel Gisele Bündchen for five years, he never had the urge to settle down. The source stated: "Gisele wanted to get married and Leo felt he was too young at the time."

Meanwhile, during an interview with Parade magazine, DiCaprio opened up about his thoughts on marriage. He said: "That time will come when that time comes. The truth is, you can't predict marriage. You can't plan it. It's just going to happen when it happens."

"If I wanted to quit acting, I could have done it a long time ago. I love making movies. I feel lucky and fortunate to do it, and it is absolutely worth sacrificing a lot of my private life. I don't think anyone [famous] ever really gets used to it. It's always surreal. At the end of the day, there are people with much harder jobs who sacrifice a lot more of their own lives to do them, people in the armed forces. I don't want to hear myself complain about the hardships of being famous — because I do have the freedom to stop, if I wanted to," the 41-year-old actor added.

Adding on, the Wolf Of Wall Street actor, who has dated many gorgeous women from Hollywood and the modelling world, revealed what he looks for in a partner to Germany's TV Movie magazine. He said: "I could never be with someone who doesn't believe in climate change."