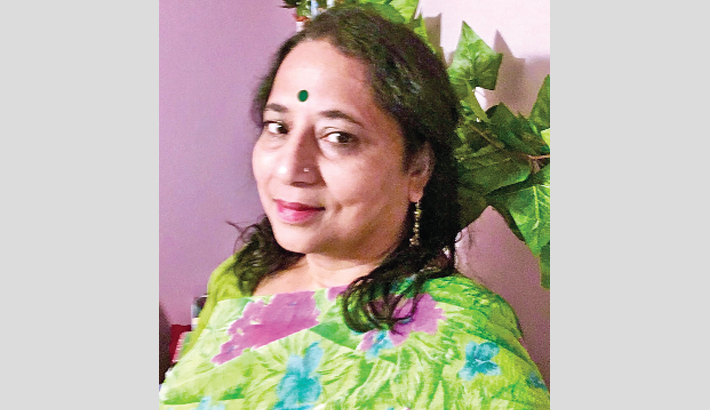 A recent news feed on a social media revealed soaring divorces in Dhaka, the capital of Bangladesh. If the Bangla saying of, ‘Where the head goes, the body will follow,’ the rest of the country may progress with the metropolitan divorce steps. I write ‘progress’ for divorce does not necessarily mean a bad thing, nor should it be a stigma when it comes to finding peace. Children are affected in the process, but given the choices, they could not have been happy in the unhappy home either.

Divorces imply moving on when a partner desires it for a worthy cause. The ‘good’ hidden in the decision of the divorcing parties usually nestles peace. When a woman breaks away from her home, ask the simple question to the day, “Why would anyone want to break away from a life partner who had been a source and joy so far?” The truth is in the eating of the fruit when it is no longer edible, we throw it away. Troubled relationships need sorting as do rotting apples. When wedlocks become toxic, divorces come like lifesavers. If Othello and Desdemona had parted on their ways when the husband could no longer trust his wife, he would not have to kill the wife. Tragic as the story from Shakespeare was,  Desdemona’s life would not have to die, and Othello would not have turned into a murderer.

Divorces are often the cure and not the malady. I was not surprised to hear how the Lily’s life story reflected my own life. A librarian, Lily, had broken away from a thirty-six-year wedded life says, “The day I filed for divorces was an official announcement of my husband not being mine anymore. He, a womaniser at heart, had never been mine anyway. For the sake of my parental family and the society, for my children I had have never opened my mouth but when he sank low enough to start on maids in the house, it was beyond my dignity.” When one starts listening to stories of women who left the husbands and start a better life, the stories of infidelity weighs heavier than other reasons. Lily also added, “Men are like dogs, you never trust them even when they are eighty years old. And with Viagra around, their soldiers work beyond the expected years.” There are women in the society who will speak of men being biologically different, that they often do not have control of their arousals. Egoistic men will not approach medical help in dealing with sexual problems; rather, they will feed on the goodness of the wife and cheat. Women with self-respect choose to find ways to live a purer life and move away, along with the children from dishonest fathers. And the sad truth is that if you go around households in Bangladesh, you will find wives who choose to be deaf and blind to unfaithful husbands fearing social backlashes, children or financial reasons. Nina put up with a womaniser husband for ten years and finally left when the husband married a waitress. Her aunt, an octogenarian, asked, “We the women of your aunts and mothers had no place to go and lived with bad husbands, but why, you a smart woman working in the USA, tolerate all that for ten years?” 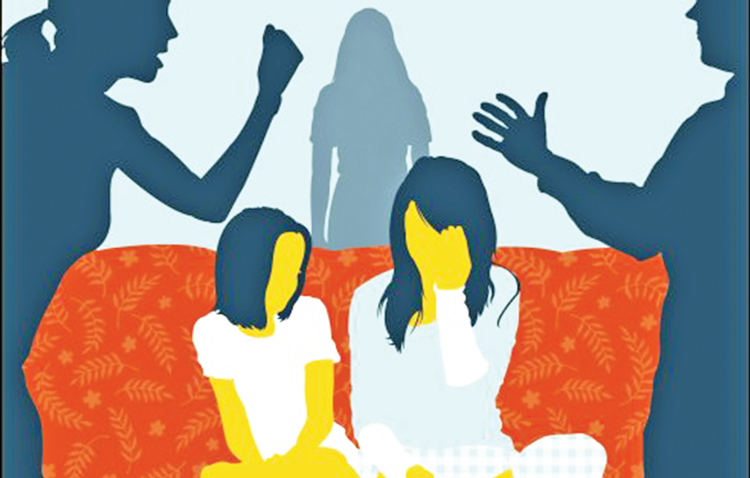 Women are often left with fewer choices when it comes to social and economic situations when marriages land in troubled waters. Bangladesh has witnessed immense progress with women empowerment in the last two decades. And it continues to show a steady rise. Education lends them wings to climb to the top branches of careers social positions. And they do not know flounder when they can sign their names, as factory workers they have joined the workforce of the country. When women add to family income, the family supports her. And when they recognise abusing husband or in-laws, decide to become independent; they need their families to stand up with them. The wife can also be the bad partner in a marriage, and a husband may walk out, but studies show that the weight is heavier on the husband being the egoistic, abusive or the womaniser factor.

The common notion of children hurting with marriages is not always applicable when it comes to turbulent marriages. The expert’s advice is not to expose children to the regular bickering of an unhappy couple. If a relationship has gone sour, it is like spilled milk. The children need a peaceful environment to nurture and grow. Studies have shown that children who have stayed in toxic parents’ care tend to be unstable adults themselves. Children who find the freedom to grow into adults in a peaceful surrounding are more like to be emotionally healthy. When a child lives with frustrated and angry parents day after day, they get the message that it is okay to fight and argue. The advice is to sit with them and let them know that while you love them and so want to give them a better chance in life by moving them away from a toxic home. As responsible parents, the father and the mother could put aside their differences for the good of the child and work out a peaceful life for the child. And here comes the divorce, the decision to pick the apples, rotten ones need to be trashed. The reasons behind unhappy marriages may be many: the wife or the husband, but the efforts to provide the children with space to grow into healthy adults should be there. The children are gifts of life to us, we brought them to the world and are responsible for thinking for them when they, themselves cannot.

The reasons for soaring divorces in society across the world are classified mainly into the stress of modern living, lack of communication and male infidelity. Though women also cheat over husbands, the cream of infidelity goes to men. One wonders if the age-old system of keeping mistresses by husbands was a more of practising honesty than the deceit that comes with extra-marital affairs. The saying, ‘The wearer knows where the shoe pinches,’ may be a cliché, but it holds its ground when marriages break. Each of the emotional catastrophes comes with different effects, but when peace is what brings solitude to the heart, one has to choose. After all, the last breath we take should be in honour of life, with kindness to the body that carried us through the ups and downs that came life on the Earth.