Eid-ul-Azha is the time of the year for the cinema industry in Bangladesh when the biggest production houses engage in a ferocious fight for maximum profit at the local box office. Eid films have brought life into the movie theatres across the country. The movie theatres all around the country are likely to come to life with screening of new films to be released on the occasion of Eid-ul-Azha. To celebrate the joyous occasion, four local movies and two Hollywood films will be released in theaters on the holy Eid day.

A total of four local films- ‘Captain Khan’, ‘Beporoya, ‘Mone Rekho’, and ‘Zannat’ - hit the movie theatres across the country on Eid day.

Besides, two Hollywood action films are Mile 22, Alpha. The films will be released by Star Cineplex on Eid day simultaneously with their release in the USA.

‘Captain Khan’ is one of the most anticipated Dhallywood movies starring superstar Shakib Khan and brilliant actress Shabnom Bubly in the lead role, directed by Wazed Ali Sumon.

The film is going to hit cinema halls across the country in the first week of Eid.

Indian actress Payel Mukherjee and Shakib has also acted together in the film. 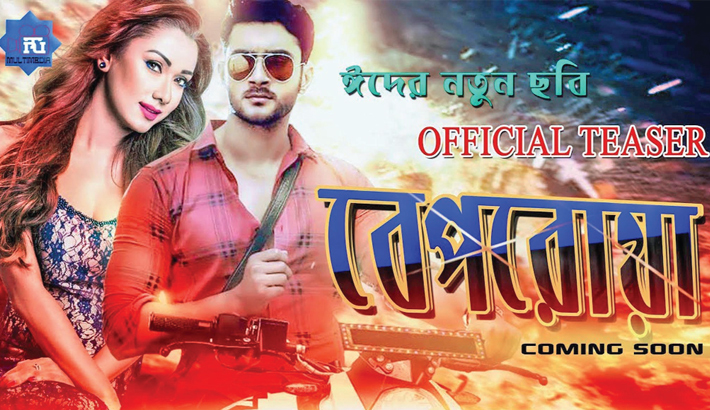 Shakib Khan and Misha Shawdagar will be working together on the big screens again after a long time.

Produced by Selim Khan under the banner of Shapla Media, The film is a remake of Telugu film named Anjaan (Telugu-Sikandar) released in 2014.

The production house is planning to release the film at around 200 cinema halls plus across the country. The film was already booked 100 cinemas halls.

‘Beporoya’, is expected to hit second most number of cinemas in Eid.  Roshan and Bobby played the lead role of the film. The film is another big-budget film produced by Jaaz Multimedia. 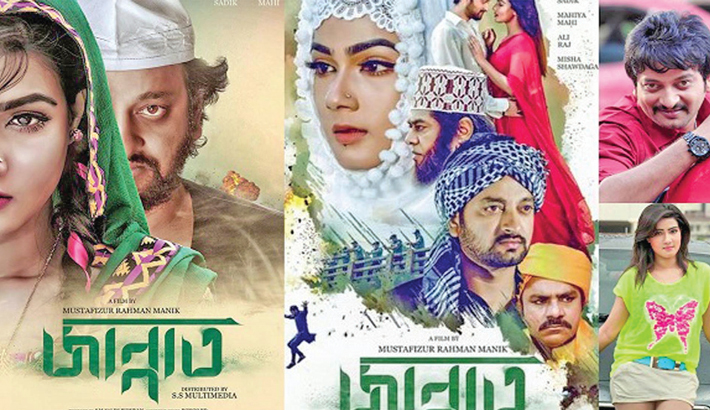 The film has been directed by Indian filmmaker Raja Chanda.

Produced by Abdul Aziz under the banner of Jaaz Multimedia.

The film will be released in 100 cinema halls. 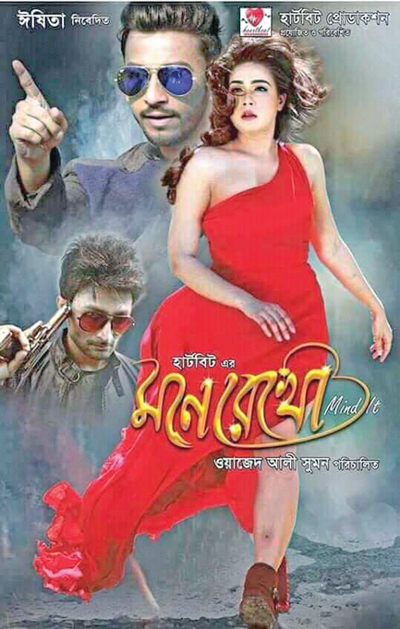 ‘Jannat’, a a feature romantic action movie produced by SS Multimedia and directed by Mustafizur Rahman Manik, hit the theatres across the country on Eid day. Mahiya Mahi will be seen as the daughter of Khadem. On the other hand, Simon played the role of new Murid of Khadem. They were last seen together in the film Poramon. The film shares the same title of Salman Shah-Shabnur duo's 1997 film directed by Shibly Sadik. The film was released a year after the untimely demise of the heartthrob actor and has since garnered a cult following.

The cast of the film includes Ali Raz, Misha Shawdagar, Shimul Khan and among others. The film will be released in 40 cinema halls in the first week of Eid.

Mahiya Mahi has paired up with Kolkat actor Bony Sengupta. The movie is under the banner of Heartbeat Production House. The cast of the film includes Misha Shawdagar, Tulika Basu, Joey, Shohel and Biswajeet. The film will be will be released in 40 cinema halls. Mahi is featured in two films in this Eid.

On the other hand, another film starring Mahiya Mahi ‘Tui Shudhu Amar’ is ready to hit West Bengal theaters this Eid-ul-Azha but yet to receive its clearance certificate from Bangladesh.

Mahiya will be seen in two Eid films. The films are ‘Mone Rekho’ and ‘Zannat’.

Around 340 cinemas halls will remain open across the country this festival.