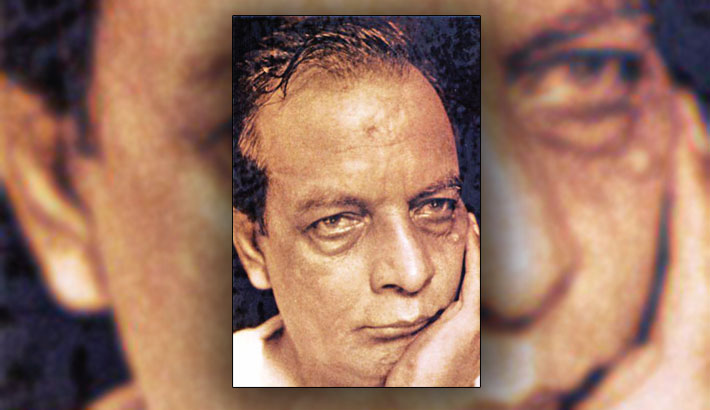 We cannot evaluate some authors with the number of their creations as their writings break stereotypes and expose the greedy faces hidden behind the attractive masks adopted by many people. Ahmed Sofa was one of them who penned only eight novels but took diverse less-discussed-yet-significant issues as the subject matter of his fictions. The contemporary Bangla literature hasn’t found much maverick novelists. In this small hoard, certainly the name of Ahmed Sofa has a special repute. Till his last breath he was vocal against the vested groups of opportunists who upheld the colonial legacy of exploitation in independent Bangladesh and were responsible for creating a rotten society. Sofa’s outstanding novel ‘Gabhi Bittanto’ is an exceptional work of fiction that unveils the gray areas of teachers’ politics lurking in the public universities of Bangladesh. It is an excellent political allegory written in the style of a satire. Albeit he wrote it from December 1994 to February 1995, but unfortunately, still the same old practice is going on in most of the public universities of our country and thus the novel remains as relevant as it was 23 years ago. Ahmed Sofa was born on June 30, 1943, in a peasant family in Chattogram’s Gachbaria village under Hashimpur union in Chandanaish upazila. He died on July 28, 2001, in a Dhaka hospital after leading a meaningful life of 58 years. Tomorrow, the nation is going to remember this great intellectual on his 17th death anniversary. Ahead of this occasion, ‘morning tea’ pays tribute to Ahmed Sofa by reviewing his timeless novel ‘Gabhi Bittanto’.

Though the author never mentions the name of the university centering which the story revolves around, but the readers find no difficulty to guess the name of the institution from the description where the writer states it as ‘the oldest and most prestigious university of the country’. Diminishing its previous image, the very institution, in recent decades, has turned into a hub for nurturing unwholesome power. Instead of enriching the students with new knowledge and investing in quality research, it has shown more enthusiasm in becoming a battle field for student organisations of political parties in power under direct patronisation of the university authorities. The student leaders and teachers of the university who once regularly stood against the authoritative attitude of the establishment and fought for establishing the rights of subjugated people are now either involving themselves in internal feud only to secure their personal interests or oppressing the ordinary students and working as the vanguards of the incumbent government. Sofa, in his ‘Gabhi Bittanto’, depicts that picture using his great sense of humour and questions the very role of the concerned authorities.

With the plot set in the post-autocratic regime, the novel deals with a simple story line. Miyan Muhammad Abu Junaid, a professor of the department of chemistry, is the central character of it. His study is sponsored by his father-in-law and he needs to face problems in his family life as his wife often reminds him of it. The novel begins with a description that how all of a sudden Junaid becomes the vice-chancellor of the university. He neither has friends nor foes. Detached from maximum traditional campus-related activities of the public university teachers, he leads an ordinary life. As a teacher he is a bit shy who only prepares his class notes and checks the answer scripts of his students. But introvert Junaid becomes extrovert in the kitchen market as he likes to bargain with the sellers while buying different goods. Apart from these characteristics he has a fascination for searching vacant land (with an aim in mind to buy it some day). The author finds no serious flaws in his character and lifestyle.

From the background story of Miyan Muhammad Abu Junaid’s nomination as the vice-chancellor readers come to know that he was never involved with teachers’ politics. Due to the influence of one of his colleagues Dilruba Khanam, an unmarried young teacher who has already stolen the hearts of many teachers with her feminine charm, he recently has supported the Dorakata Dol (a teachers’ group). Dilruba had a good relationship with the last VC who belonged to Holud Dol. She had an affair with a young teacher who was close to the previous VC. But suddenly that male teacher got married to the young daughter of the Industries Secretary of the government. Consequently Dilruba Khanam felt embarrassed and frustrated. Later she came to know that the last VC was the matchmaker of the marriage as he was a relative of the secretary. At the end of the previous VC’s tenure, out of her personal anguish, Dilruba began highlighting his failure and convincing other teachers to support Dorakata Dol instead of Holud Dol. And it worked. Many teachers were dissatisfied with the previous VC, as he only facilitated his own people but couldn’t provide expected promotion and larger flat and ensure recruitment of children and foreign trip to other teachers. Thus they in large numbers left the previous group to join the new one.

Albeit Dorakata Dol was about to win in the senate election but it was struggling to submit three names for the VC panel. All the senior teachers were eager to confirm their names in the list. Members of the group somehow managed to agree on two names but couldn’t finalise the third name due to internal dispute. Thus junior teachers were annoyed. In such a situation when Dilruba Khanam proposed the name of Abu Junaid for completing the panel it was accepted. But during that time no one thought that after the Dorakata Dol’s win in election the chancellor will appoint Miyan Muhammad Abu Junaid as the vice chancellor for his comparatively clean image. Following his arrival in the new post Junaid goes through transformations. He begins wearing suit to increase his confidence and avoiding teachers like Dilruba Khanam for making disgraceful comments about him. Considerable changes become apparent in his wife Nurunnahar Banu’s behaviour as well. She gets busy in establishing her authority over everyone and taking care of her beauty.

In the meantime another vital character of the novel Sheikh Tobarak Ali, a development contractor of the university, enters the scene. One day using his administrative power Abu Junaid somehow saves the life of one of Tobarok’s workers from the hands of hooligans. Later he comes to know that Tobarok was a business partner of his late father-in-law. Grateful Tobarak invites Junaid and his family members in a family function where Junaid talks about one of his long cherished dreams of keeping a cow in the house. As the VC quarter is like a large bungalow with a plenty of free space, Tobarak assures him that it’s not a big deal for him. He spends a substantial amount of money to make a shelter for the cow and finally gifts him a cow of highest breed. Junaid likes it very much. Gradually, the number of movements of students, teachers and officials and clashes between the student organisations increase in the campus. Besides, Junaid’s disagreement with his wife Nurunnahar Banu grows wider. Tired of all these things, Abu Junaid starts providing the cow a significant amount of attention and care as he finds that the time he passes with the cow gives him peace. But it annoys his wife Nurunnahar Banu seriously.

Miyan Muhammad Abu Junaid begins holding colleague’s gathering beside the cow-shed, which in time grows into a large and strong group. Most of the teachers who attend this gathering everyday either have received personal benefit from him or expect something in future. A few days later, Abu Junaid prepares the place for doing administrative works and even sets a temporary office there. With this approach of the VC the author identifies the institution as the only university of the world which is run from a cow-shed. This is a serious satire about how the public universities are controlled in our country. In the meantime one of the colleagues of Abu Junaid, Mustafizur Rahman invents a ground-breaking formula through his research. One day professor Dr. Robertson from Princeton University recognises his work through a fax and Mustafizur comes to inform VC about it but Junaid doesn’t pay attention to it as he was upset because of his failure to manage a mosquito net for his cow. At the end of the novel, Abu Junaid is chosen for an international project which will bring a large amount of money for him. Though he is selected for highlighting Bangladesh’s education and culture in 51 American universities under the project, he becomes happy considering the huge sum of money he will get (ignoring the factor of ‘honour’). When Abu Junaid goes to inform his wife about the good news, Nurunnahar Banu surprises him by telling about his cow’s probable death as she mixes poison with its food.

Throughout ‘Gabhi Bittanto’, Sofa focuses on the absurd practices in the academic arena of Bangladesh. His keen observations have revealed the true nature of maximum public university teachers of our country. The way they do politics to attain higher posts and facilities and fight each other to demolish their opponents raises some obvious questions. Public universities are known as the melting pot of different opinions and these are the institutions where the state invests to create new knowledge and develop qualified graduates to lead the nation. But in Bangladesh, government wants to maintain their dominance over the university campuses, as they consider that these are the places from where large-scale protests can be waged against them. Thus they put such persons on the chair of vice chancellor and other important posts who are always ready to serve their partisan interests just like a political activist. This ultimately goes against the purpose of higher education breaking down the academic backbone of the nation and giving birth to an unexpected situation where severe intellectual famine appears. Until such practice stops the appeal of Ahmed Sofa’s ‘Gabhi Bittanto’ will not reduce.