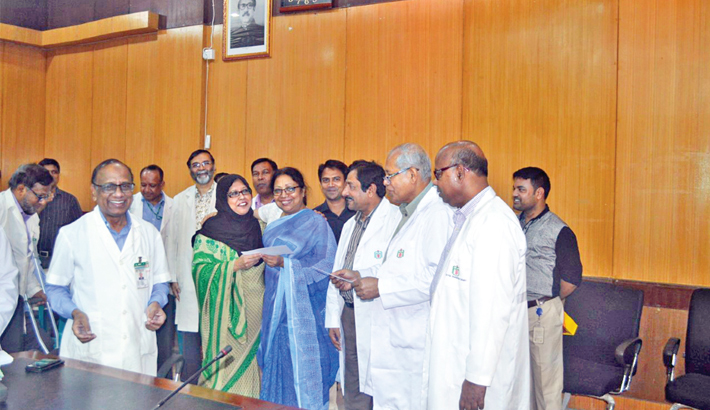 Physicians, who have been appointed as the head of different departments of Bangabandhu Sheikh Mujib Medical University, celebrate their achievements with Vice-Chancellor Prof Dr Kanak Kanti Barua on the campus on Monday. — SUN PHOTO

Appointment letters were handed over to the physicians at a programme at Milton hall on university premises on Monday.

On the occasion, BSMMU Vice Chancellor Kanak Kanti Barua said that all newly appointed physicians will have to work for the development of the university.

The newly appointed heads of the departments will take over today for three years.