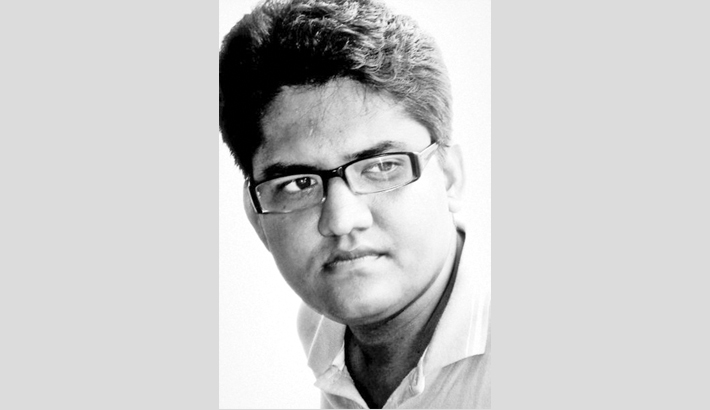 Bangladesh has been featured in The Guardian’s recent list of seven climate change hotspots. Changing climates will mean more extreme weather that would see from heat waves to hurricanes and floods to famine. The whole country is a climate hotspot, but the most vulnerable area is the coast. It is estimated that in the next twenty years five to ten million people will have to move from the coastal areas. Lisa Friedman in her study ‘Climate Change Makes Refugees in Bangladesh’ notes that some 500,000 people move to the capital, Dhaka, from coastal and rural areas each year - roughly the equivalent of the entire population of Washington, DC. Many of these people leave their homes because environmental factors have changed and they can no longer earn a living. Coastal flooding is occurring more frequently, destroying crops and rice fields that sustain villagers as saline water pushes further inland. Ferocious storms demolish homes and, in some cases, entire towns. Most of the migrants who come to Dhaka end up in the slums, home to an estimated 3.5 million people - 40 per cent of the city’s population.

According to the International Organisation for Migration, some 70 per cent of slum dwellers in Dhaka moved there after experiencing some kind of environmental hardship. In the past, people would come to the slums, earn some money, and return home to their villages, the article notes. But as the effects of climate change increase, more people are staying in Dhaka’s slums permanently. This influx to the cities is expected to continue. Most of Bangladesh sits less than 20 feet above sea level. By the end of the century, more than a quarter of the country will be inundated and 15 million displaced-the equivalent of every person in New York, Los Angeles and Chicago. To make matters worse, many experts fear that urban areas in coastal zones will bear the brunt of climate-change related disasters including floods, storms and cyclones. Planned governance is needed in order to address the situation, experts say.

In addition, Dhaka is struggling with acute infrastructure shortages in many areas. For example, there is no mass transit system or pedestrian sidewalks, and the country’s power generating capacity struggles to cover just 35 per cent of the population. These shortages provide an opportunity for clean energy projects, but there is resistance to the idea in Bangladesh, where the focus remains on economic growth and fighting poverty.

There is strong evidence that climate change is now impacting Dhaka. Temperature has already gone up by one degree Celsius. The weather patterns have changed. The frequency of floods has changed. Bangladesh has a long history of floods, but what used to be a one-in-20-year event now happens one year in five. Changing rain patterns suggest Bangladesh will not get more rain over the coming years but it will be distributed differently, with less in the dry season and more during the monsoons. Paradoxically, this will lead to more floods and droughts, and heavier monsoons. Bangladesh is beginning to see sea level rising and increased salinity in coastal areas. It is a slow onset, which will get worse. It is a climate change phenomenon and not something Bangladesh had before.

According to the 2015 Climate Change Vulnerability Index, Bangladesh’s economy is more at risk to climate change than any country. With a per capita gross domestic product, or GDP, of about $1,220, the economic losses in Bangladesh over the past 40 years were at an estimated $12 billion, depressing GDP annually by 0.5 to 1 per cent. Especially devastating storms that come along every few years have an outsized impact – such as the 2007 cyclone Sidr, which wrought an estimated $1.7 billion in damages, or about 2.6 per cent of the GDP on top of $1.1 billion losses due to monsoon flooding in the previous 12 months. In May 2009, 3.9 million Bangladeshis directly suffered from the impact of Cyclone Aila, which caused an estimated $270 million in asset damage.

Despite the considerable progress that the Government of Bangladesh and the Bangladeshi people have made, they face continuous challenges associated with climate change. In fact, tackling climate change is tough. Climate change poses an immediate and long-term threat to people and our planet. Bangladesh Climate Change Strategy and Action Plan (BCCSAP) is the de facto policy document that provides strategic direction for work on climate change-related issues, but it is urgent to formulate an overarching policy on climate change. Local institutions, working especially in highly vulnerable areas, should be provided support to enhance their analytical capacity to develop and apply their own climate change integrated development plans. There is a tremendous need for the country to invest in climate resilience. The officials involved in civil administration should also be equipped with advanced understanding on climate change. There is a need of strong monitoring and evaluation system to follow up the completed, ongoing projects for better implementation and sustainability. In order to undertake

climate change capacity building activities such as training, workshop, seminars and knowledge exchange in an effective manner, a National Training Centre can be envisaged. It will keep track of all such activities in the country and also facilitate to hold these events as per the need of the organisations. It is essential to have appropriate networking amongst the major stakeholders so as to have effective partnership and working relationship. This aspect can also be undertaken under the envisaged training centre as mentioned earlier. A unified and comprehensive capacity building strategy and implementation plan is needed so that the future funding and assistance can be channelised properly to get effective outcomes.

The writer is the Assistant Professor, Department of Public Administration, Jagannath University.