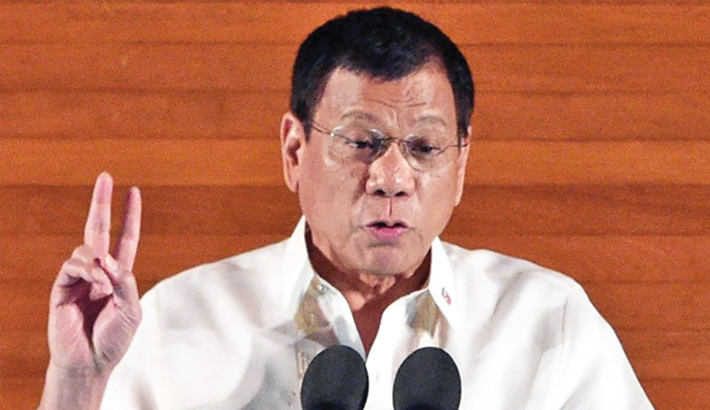 MANILA: The draft of a new Philippine constitution submitted to President Rodrigo Duterte on Monday would grant him new powers and a chance to extend his stay in office by up to eight years, reports AFP.

Under the current law Duterte will have to step down in 2022, when his six-year term is up. But the proposed shift to a federal system laid out in the draft would allow him to run for two additional terms of four years each.

“The adoption of a new constitution... effectively results in a fresh start for all,” said a statement from the committee that crafted the draft on the president’s orders. The draft constitution has several obstacles to clear before it can become law, including a congressional debate and a public referendum.

The latest polls—surveying around 1,200 people—show only 37 per cent of Filipinos back changing the constitution while 29 per cent are against it.

According to the draft the country would be divided under a federal system into 18 regions which would have a greater degree of control over their own affairs.

However critics fear the 73-year-old president is aiming to hold on to power past constitutional limits which were put in place after the fall of the Ferdinand Marcos dictatorship.

Duterte said over the weekend that he would not seek to stay in office beyond his term’s end in 2022.