Nawaz, his daughter to be arrested in airport 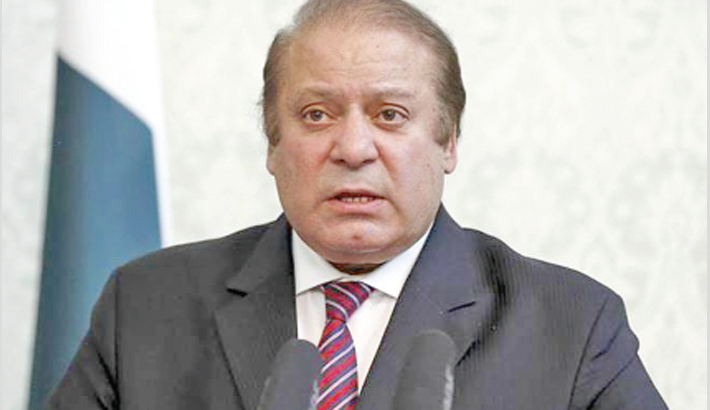 Lahore: Ousted prime minister Nawaz Sharif and his daughter Maryam Nawaz will be arrested on their arrival at any airport in Pakistan as they have been convicted in a corruption case, a senior minister said on Monday, reports PTI.

Maryam last evening shared her flight details to return to Pakistan with media persons. She said she will reach at Lahore airport on Friday at 6:15 pm by Ittehad Airways’ flight EY-243.

“The government will implement accountability court’s order in letter and spirit and arrest Nawaz Sharif and Maryam Nawaz on their arrival at Lahore airport,” Law Minister Ali Zafar told reporters.

“Let me make it clear that the law enforcement agencies will arrest Nawaz and Maryam on airport to implement the court’s order,” he said.

The National Accountability Bureau (NAB) has also announced that it will arrest the father and the daughter on their arrival in Lahore on Friday.

“On the announcement of the Sharif family that Nawaz and Maryam are arriving in Lahore on Friday at 6.15 pm we have written to the Punjab government to coordinate with NAB for their arrest at the airport,” a NAB official told PTI today.

He said the NAB would not allow Sharif to lead a rally. “We will make sure that Sharif and Maryam do not leave the airport and arrested there,” he said.

The accountability court Islamabad on Friday last handed down 10 and 7 years rigorous imprisonment to Sharif and Maryam respectively in the Avenfield properties corruption case filed by the NAB.

Maryam was given 7 years imprisonment for abetment after she was found “instrumental in concealment of the properties of her father” and one year for non-cooperation with NAB.