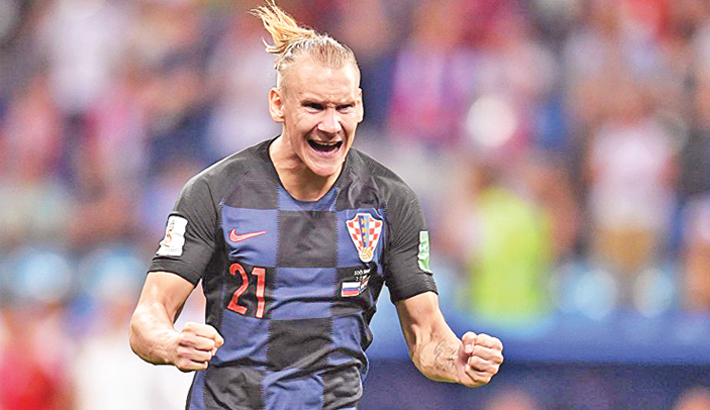 Croatia defender Domagoj Vida escaped a FIFA ban on Sunday after posting a clip dedicating his country’s victory over Russia in the World Cup quarter-final to Ukraine.

Vida scored an extra-time goal and one of Croatia’s penalties in a 4-3 shootout win over the World Cup hosts in Sochi on Saturday.

Croatia will play England in the semi-final on Wednesday and some Russian officials had called on football governing body FIFA to take tough disciplinary measures.

The ponytailed 29-year-old shouted “Glory to Ukraine!” in a video posted by former Croatia international Ognjen Vukojevic shortly after the dramatic finale in Sochi.

Vida used to play for Ukrainian club Dynamo Kiev. Vukojevic also played for the club and now works for them as a scout. FIFA said it had studied the video and decided to issue a warning to Vida but not take any further measures.

Vida issued a statement distributed by Croatia’s football federation after the FIFA ruling calling the entire incident a misunderstanding.

“I regret that some media representatives have interpreted our communication in such a manner,” he said.