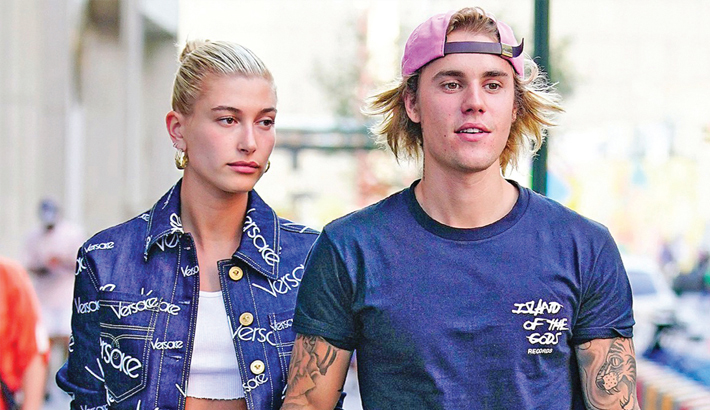 The 24-year-old popped the question at a Bahamas resort, according to TMZ. His security staff reportedly asked restaurant patrons to put away their phones before the star proposed.

Bieber and Baldwin only recently reunited, having dated in the past.

Bieber's father Jeremy posted a photo of his son on Instagram, saying he was "Excited for the next chapter", while his mother Pattie Mallette expressed her excitement on Twitter.

TMZ reported Bieber and Baldwin appeared to have become involved again after Justin broke up with long-time girlfriend Selena Gomez.

Baldwin has appeared in American Vogue, Marie Claire and Spanish Harper's Bazaar.  She has also appeared in a number of modelling campaigns, music videos and television shows.

She is the daughter of Stephen Baldwin, the actor and producer who has starred in films like Born on the Fourth of July, The Usual Suspects and The Flintstones in Viva Rock Vegas.

Hailey is also the niece of actor Alec Baldwin, who has starred in films like The Hunt for Red October and is known more recently for the television series 30 Rock and his portrayals of US President Donald Trump on Saturday Night Live.

Ariana Grande, who shares a manager with Bieber and also recently got engaged, hit back at a social media user who suggested both engagements had been orchestrated by their manager Scooter Braun.

In a now deleted exchange, she wrote: "You do realise we are human beings who love and have lives, right?

"Scooter is a wonderful human being too who cares first and foremost about our health and happiness."