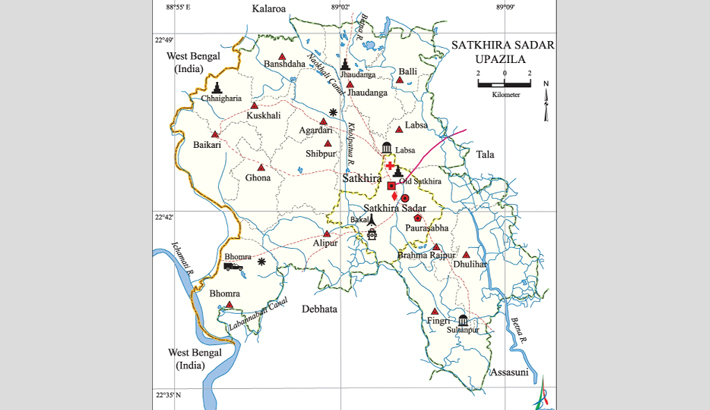 SATKHIRA SADAR UPAZILA: (Satkhira district) area 400.82 sq km, located in between 22°37' and 22°50' North latitudes and in between 88°55' and 89°10' east longitudes. It is bounded by kalaroa upazila on the north, debhata and assasuni upazilas on the south, tala upazila on the east, west bengal state of India on the west.

Administration Satkhira Sadar Thana was turned into an upazila in 1984. Satkhira Municipality was formed in 1869. The main business centre of the town is Sultanpur Bazar (old name Pransayar Bazar).

Marks of the War of Liberation Mass killing site 3 (homestead of Dinesh Karmakar and the adjacent pond located on backside of the Satkhira Government School, Bankal and Gangni Bridges); memorial monument 1 (Satkhira sadar).