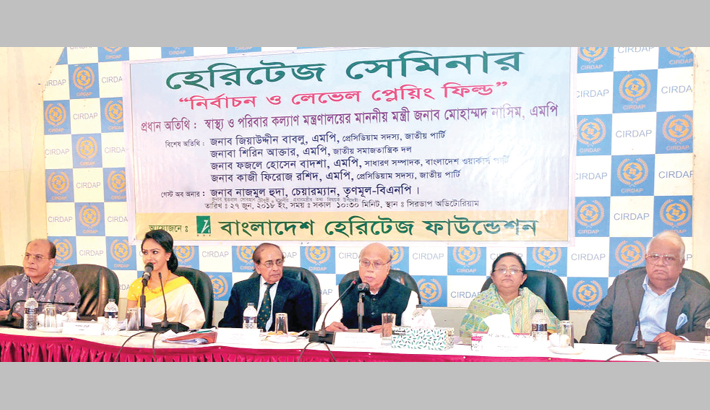 He also asked BNP leaders to do public friendly politics and nominate good candidates in order to win any polls. The minister was addressing a seminar titled “Election and Level Playing Field” organised by Bangladesh Heritage Foundation at CIRDAP auditorium in the capital on Wednesday.

Rejecting BNP leaders’ allegations of election engineering behind Awami League mayoral candidate’s victory in Gazipur city polls, he said opposition leaders are habituated to make such blame instead of finding their own faults.

“The upcoming national election will be held according to the constitution on the right time. Messi, Ronaldo may miss penalty but Sheikh Hasina won’t miss penalty,” Nasim said and asked BNP leaders to be prepared to contest the polls.

Addressing the event, Chairman of Trinomul BNP Barrister Huda said, “I firmly believe that only Sheikh Hasina can present a free, fair and credible election in the country.”