Sultan The Saviour: Jeet shares second poster of the film with Mim 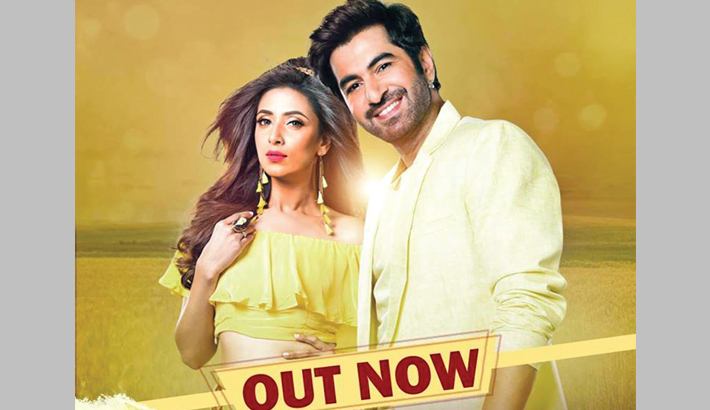 Some exciting news for all Kolkatas film actor Jeet fans. Here comes another poster of 'Sultan The Saviour' and fans will surely love it as the poster features Jeet in a fresh and vibrant avatar along with the leading lady of the film Bidya Sinha Mim, reports TOI.

The Tollywood superstar took to his Twitter handle to share the second poster and just like the first look poster, this one also became an instant hit.

Directed by Raja Chanda and bankrolled by Surinder Films and Jeetz Filmworks, the Jeet starrer is an action thriller. Apart from Bidya Sinha Mim, Priyanka Sarkar also plays a pivotal role in this film. The shooting of 'Sultan The Saviour' is already over. Now it's time for the dubbing sessions. Recently, Priyanka wrapped up her dubbing for the film. The beautiful actress took to her Twitter handle to share the news with her followers. Director Raja Chanda was also present in the studio.

Jeet will be seen in a driver's avatar in this action film and speculation is rife that it's allegedly the remake of Tamil action flick ‘Vedalam’ starring Ajith Kumar. Jeet has channelled a different look with a short haircut, beard and a fierce look in his eyes in the action flick.

She began her career in television, after having won the Lux Channel I Superstar in 2007. She played her first major role as a lead cast member on Humayun Ahmed television drama Jol Torongo (2007).

After transitioning into film, she had her breakthrough role in Humayun Ahmed drama-film Amar Ache Jol (2008), which was a huge success among critics. Her next film Amar Praner Priya was a huge commercial success, for which she earned a best actress nomination at Meril Prothom Alo Awards.

In 2014, She starred in Glow of the Firefly. The film won numerous International awards including Best Film at 12th Asian Film Awards, and was Bangladeshi entry for the Best Foreign Language Film at the 87th Academy Awards.

Mim has been associated with various Bangladeshi and multinational brands. She has been the brands ambassador of numerous brands including Lux, Grameenphone, Walton. In 2015, Mim was introduced as the face of TRESemmé products in South Asia.