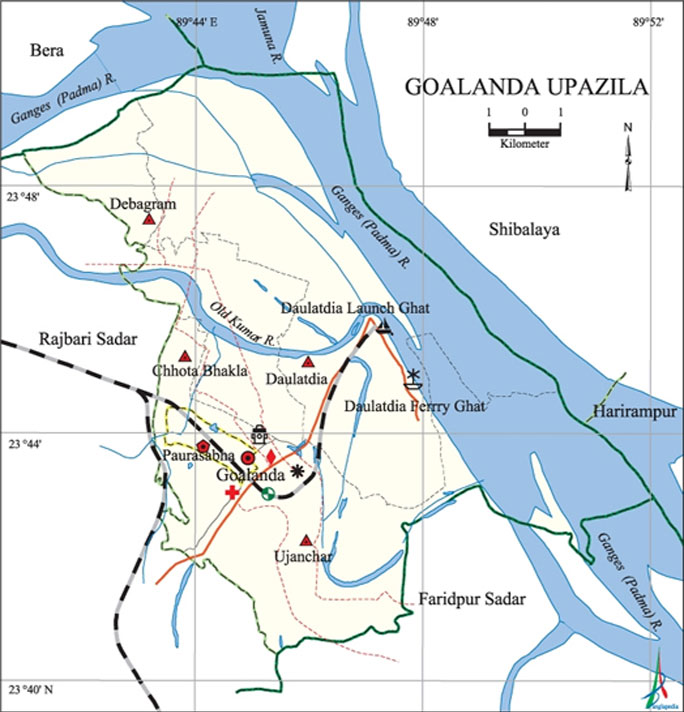 Administration Goalanda Thana was formed in 1920 and it was turned into an upazila in 1984.

Hats, bazars and fairs Hats and bazars are 6, fairs 2, most noted of which are Goalanda Hat and Goalanda Mela.

Natural disasters The tornado of 1961 caused heavy damages to settlements and properties of the upazila.'