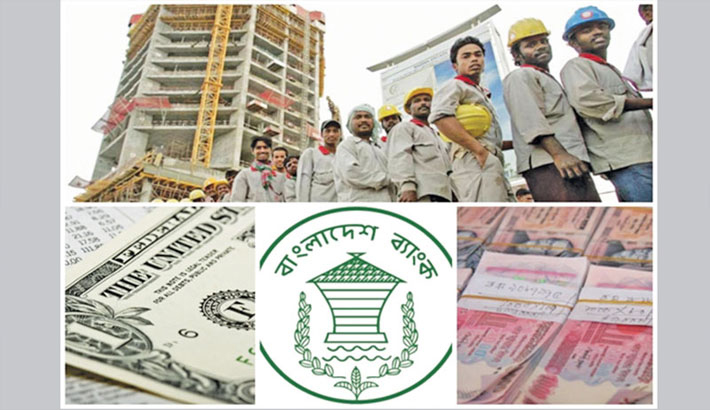 After two years of slowdown, Bangladesh’s inward remittance posted an upward trend in last four months with most of the expatriates sending home their hard-earned money through formal channels, according to Bangladesh Bank.

Remittance inflow in last 10 months (July-April) of the current fiscal increased by 17.5 percent or $1.8 billion to $12.09 billion from $10.29 billion during the same period last year.

BB officials said remittance inflow usually increases ahead of Ramadan, which is followed by Eid-ul-Fitr, one of the biggest religious festivals for the Muslims. Analysts observed that appreciation of US dollar against local currency taka has been a major factor behind the rise in remittance inflow.

“Expatriates are now using the banking channel to send money to their families in Bangladesh. However, the banks should continue their efforts so that the expatriates use the formal channels to send remittance,” Former BB Governor Salehuddin Ahmed said while talking to the daily sun.

Bankers said a higher exchange rate for the US dollar works as an incentive for the expatriates to send money through the legal channels.

“There are two key factors behind the rise in remittance inflow—— regulatory actions against illegal channels like Hundi and recent appreciation of the dollar against taka,” Zaid Bakht told the daily sun on Friday.

BB introduced awards in 2014 to recognise the remitters for their contribution to the economy and encourage expatriates to send more money through formal banking channels.

“Bangladesh Bank has taken a number of measures to check the use of illegal channels including digital hundi, which also worked as a catalyst behind the increase in inward remittance flow,” Zaid added.