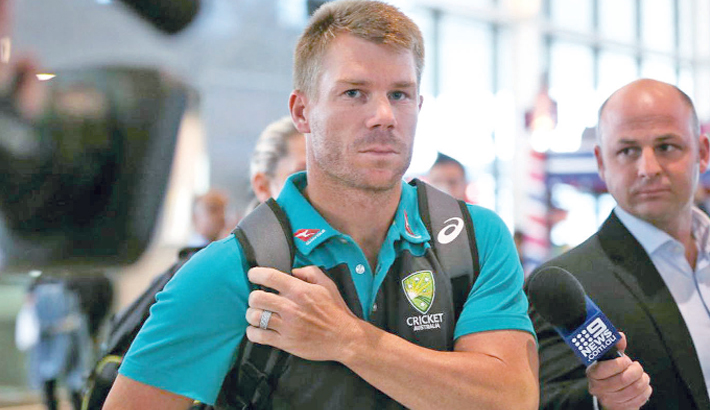 Disgraced Australian cricketer David Warner said Saturday he was humbled by the support received following the cheating scandal that rocked the sport, with the feisty opener refocused on his family.

Warner, Australia captain Steve Smith and batsman Cameron Bancroft were punished for the roles they played in the plot to alter the condition of the ball in the Cape Town Test against South Africa in March, with Warner and Smith suspended for a year and Bancroft for nine months.

Speaking for the first time since an emotional press conference to apologise last month, Warner told Australian newspaper NT News he was using his time away from cricket to reconnect with his family.

“I think the biggest thing for us has been when you are in a routine you can get caught in a bubble — cricket, hotels, packing your bags, coming home,” he said.

“I think I’ve learned a valuable lesson in this myself for the support I have been given to be on the front foot to help others.”

“I am making time now and it is worthwhile,” Warner added.