Never dreamt of being where I am today: Amitabh 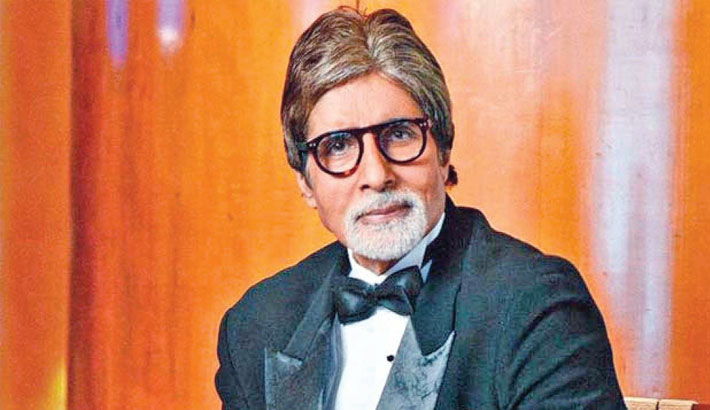 We may call him the millennium star but Amitabh Bachchan insists he is not in any “special space” and prefers to be known as the son of late eminent poet Harivansh Rai Bachchan, reports Hindustan Times .

“I never dreamt of being where I am today, not that I am in some special space now, but dreams of the young are never constant, at least mine were never. We keep imagining according to prevailing circumstances. And circumstances keep changing rapidly,” he actor said.

The cine icon feels it is very important to taste failure to value success. “Criticism,” he says, “is healthy. If not, we would all be living in a Utopian world, and we know that, that is not possible. Abuse, negativity, criticism is a most important element in our growth. We must know what the rest of the world is thinking of us and our work, and learn from those outputs. It’s like failure; unless you fail, you will never know what success is.”

Amitabh has said he has been in public life from the day he was born, but has no legacy of his own to leave behind. The actor, who has successfully transitioned from Bollywood’s “angry young man” to its Shahenshah to its most globally known ambassador during his over four decade-old career, says his father’s “public presence is far greater than” his. “It is coming on to 50 years in public life... That is as far as I am personally concerned... But I have been in public life from the day I was born. I was always the son of Dr Harivansh Rai Bachchan, eminent poet, litterateur, having public presence far greater than mine. I have no legacy... My father’s legacy is what I am interested in, and I shall try always to further it,” Amitabh said.

Amitabh, who is looking forward to the release of his next film 102 Not Out, has time and again penned his feelings and thoughts about his bond with his father in his elaborate blogs. Earlier this year, he had also expressed displeasure over the stipulation in the copyright law which allows exclusive rights to heirs of original literary work for 60 years after the author’s death.

The 75-year-old, who also enjoys reciting his father’s works, especially Madhushala at public events, hopes he has passed on his father’s wisdom to his son and actor Abhishek. “Memories with my father and time spent with him are personal... But, yes lessons learnt from him would certainly be passed on to Abhishek,” he added .

Asked how these were being passed on to the grandchildren, Amitabh said: “These are family oriented. Each family has their own conduct and behaviour, and they are executed in a manner where the next generation continues the legacy of the past. One prays and hopes that this temperament continues for posterity too.”

In Umesh Shukla’s “102 Not Out”, Big B is seen as centenarian father to his 75-year-old son—essayed by Rishi Kapoor—who wants to break the world record of being the oldest man alive. The record is held by an 118-year-old Chinese man. The old man feels his son’s morose attitude would not help him achieve the target and takes step to move his son to an old age home.

Produced by Sony Pictures Entertainment Films India, Treetop Entertainment and Shukla’s Benchmark Pictures, the film opened on Friday. “Our experience comes from the design of the story and the script. We tried to do what the script demands, and we hope it has been done to audience’s satisfaction,” said the actor, who will also be seen in Thugs of Hindostan.

Clearly, there is no slowing down for Big B as he listed the projects in the pipeline. “There are a few. Ayan Mukerji’s Brahmastra, Sujoy Ghosh’s the Guest (tentative working title or Badla), R Balki’s next and a few more... Then there is Kaun Banega Crorepati,” he said.