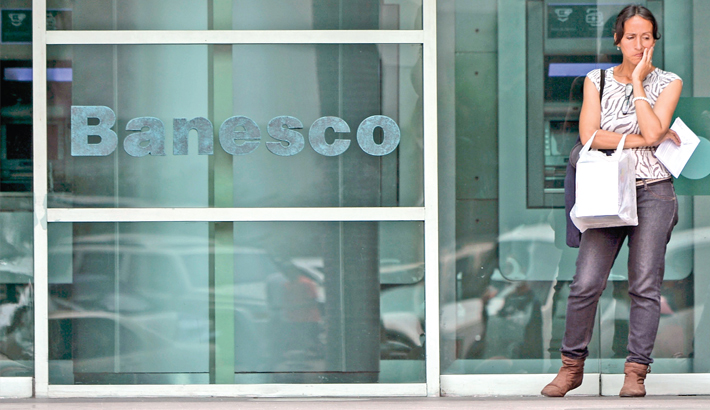 A woman stands at the entrance of a Banesco bank office in Caracas on Friday. After Venezuela arrested the president of Banesco, the country's leading private bank, along with 10 top executives on suspicion of "attacks" on the local currency, the government decided to intervene the bank for 90 days. 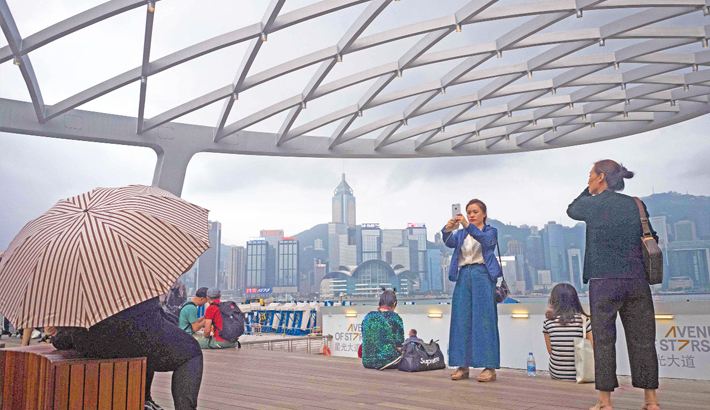 Tourists visit a viewing deck that overlooks the Victoria Harbour and the skyline of Hong Kong on Friday. The value of total retail sales rose by 14.3 percent in Hong Kong in the first quarter over the same period last year. 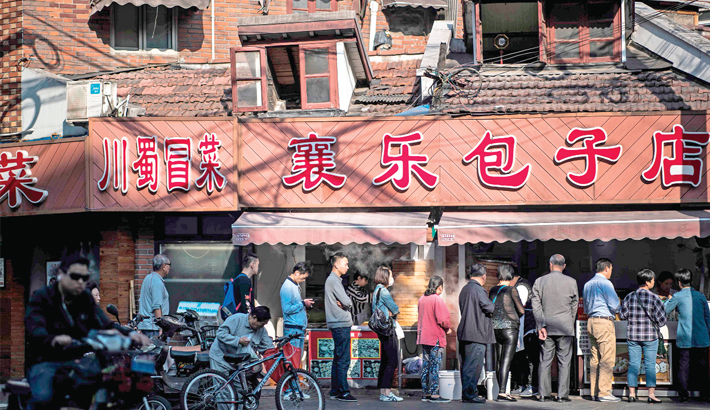 People queue for breakfast at a food stall in Shanghai on Friday. US demands that China narrow its trade surplus by $200 billion raised the hurdle for any overarching deal as two days of trade talks neared an end in Beijing with few signs of progress. 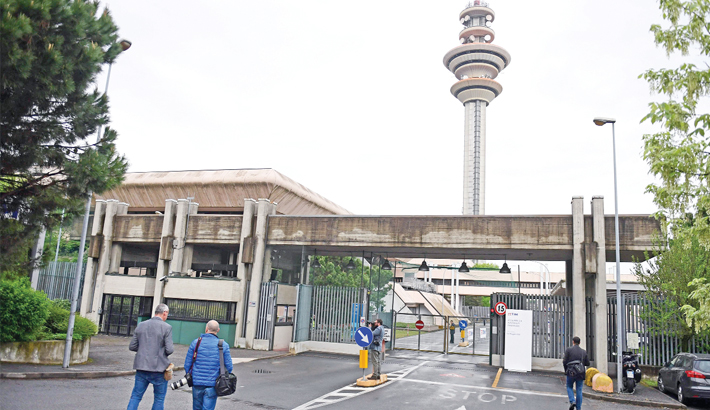 People walk at the entrance of the Italian Telecommunications Company (TIM), on Friday, the day of the General Meeting of Shareholders of Telecom Italia in Rozzano. A struggle over the control of Telecom Italia between Vivendi and a US activist fund comes to a head Friday when shareholders vote on a new board. 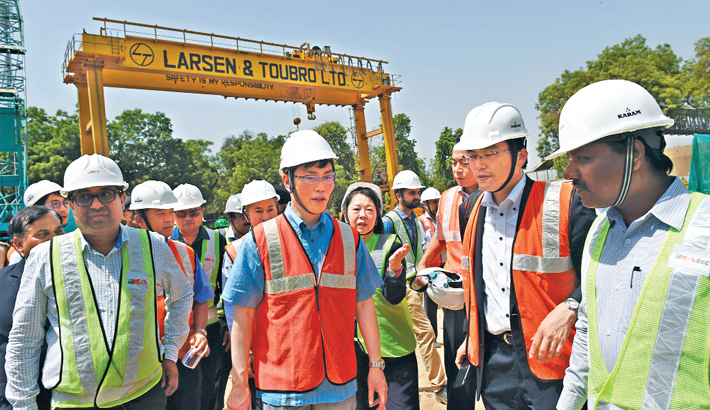 Japanese Vice-Minister of Land, Infrastructure, Transport and Tourism, Masatoshi Akimoto (C) arrives to view a site for the Ahmedabad Metro Rail Project in the Indian city of Ahmedabad on Saturday. Akimoto is visiting sites for the Mumbai Ahmedabad High Speed Rail (MAHSR) and Ahmedabad Metro Rail as part of a collaborative project between India and Japan.