Resigned from BCB to focus on family, says Halsall 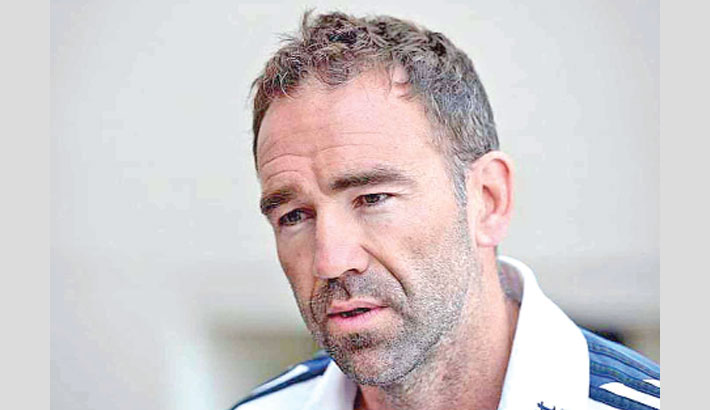 “I came here to thank BCB. I had a chat with BCB Chief Executive Officer. I also thanked other board directors. I have worked alongside some excellent colleagues, and have had so many opportunities to grow and develop my career,”Richard Halsall told media in Mirpur on Monday.

But the sources reported that Halsell was unfortunate enough to have a spat with some of the senior cricketers of Bangladesh team which forced Halsall to step down.  Halsell, though strongly denied any such allegations and maintained that he had sincere and cordial relations with the cricketers.

“I always tried to give my best during my coaching period in Bangladesh. I had no mix-up with senior cricketer. I don’t even know anything about the subject in question,” He added.

Halsall also stated that BCB needs to devise a system to mobilise a number of upcoming cricketers as it will be a tough ask for the present cricketers to deliver according to the expectations of the nation. Mashrafe Mortaza, Shakib al Hasan, Tamim Iqbal, Mushfiqur Rahim and Mahmudullah form the core of the team with a number of young players are being groomed around them.

Halsall, the former Zimababwe cricketer, left the country on February when BCB granted him a vacation before the Nidahas Trophy in Sri Lanka. He last coached the national cricketers in January-February in the tri-nation series at home.

He first submitted his resignation letter to BCB showing the reason that he needs to accompany his ill father in his time of need.