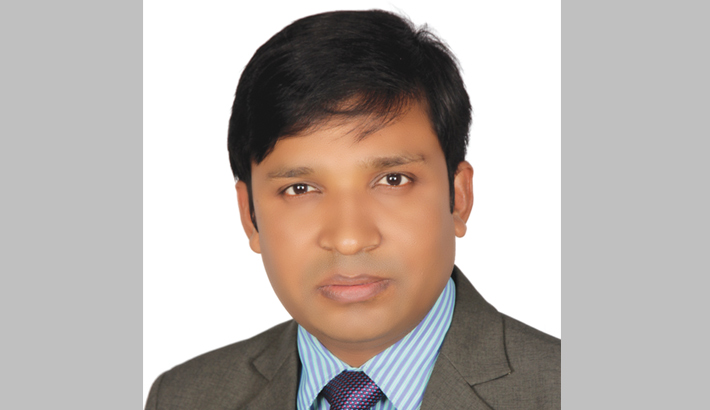 The global ‘Zero Hunger Challenge’ (ZHC) was initiated at the Rio+20 Conference in June 2012 aiming at eliminating hunger from the world by 2030. Since then FAO has been launching zero hunger programme through the respective government. Bangladesh has already incorporated ‘zero hunger’ agenda in National Food Policy, Seventh Five Year Plan and other strategic documents. Our success towards ‘zero hunger’ is satisfactory with steady production of rice, stable market, efficient supply chain and easy access. However, the recent blow of extreme climatic events has clouded the dream for ‘zero hunger’ by 2030.

In the  inauguration speech  Fiji's Minister for Agriculture, Rural and Maritime Development and National Disaster Management and Meteorological Services Inia Seruiratu said that the global challenges are to feed the growing population, and at the same time, to sustain a nation's food security. Asia Pacific region is the home to more than half a billion (62%) of the world’s undernourished people and over 100 million stunted children

Since the dawn of civilisation, ‘Food Security’ is a crucial phenomenon for human being who has been striving hard to sustain food security with technological innovation, financial outflow, multispectral cooperation, investment and global effort. However, food security initiative has been shattered by different climatic, socio-economic, military and trade related issues. In the technology based capitalistic society food security still a sticking issue.

According to IPCC report, the global mean surface air temperature is projected to continue to increase over time, resulting in a 0.30 C to 4.80 C increase by the late 21st century compared to today. Consequences of temperature rise are not a prediction but it is now a reality. Bangladesh never experienced such a heavy rainfall in April causing flash flood; people never experienced such devastating hail storm causing heavy loss of standing crops. Bangladesh is an ill-fated tragic hero in the global theatre of carbon emission and global warming. Bangladesh is one of the worst victims of climate change despite her very negligible contribution in carbon emission.

In Bangladesh, food security is synonymous to ‘rice security’. Therefore, there is a continuous pressure for increasing rice production. The scope for expansion of rice area is very limited in future; ground water withdrawal is most likely to decline. Coastal salinity is a cruel reality for our agriculture. To feed projected 254 million populations in 2050 we have no option but to increase rice yield. Technology and efficient management is the last resort to increase production.

The food security situation in Bangladesh has been unstable with two recent climatic extreme events in haor area and north Bengal. April 2017 experienced abnormal rainfall causing flash flood in the haor region causing a 10 million ton yield loss. Again late flooding in North Bengal caused more than 10 lakh ton yield loss. Consumers of Bangladesh have experienced the highest ever retail price of rice. Rice supply chain has been badly distorted by dishonest rice traders, creating panic among the people. Import of rice has exceeded all previous records. As of 10 April, 36.21 lakh tons of rice has been imported in FY 2017-18. LC has been opened for 43.24 lakh ton of rice. Even in 2007 - the year of food crisis - rice import was 13.28 lakh ton. Huge import of rice by Bangladesh has affected global rice trade as well.

As global rice market is very small (6.9% of global production) importing is not a good option for stabilising food security of 160 million people. This year Bangladesh has become the top rice importing country in the world. Consumption and import of rice in Latin America, Caribbean region, South and West Africa, and Sub-Sahara Africa is increasing sharply. Production in leading rice exporting country (India, Thailand, Vietnam and Myanmar) is not steady enough to keep international rice market stable.

Steady increase in rice production for the last couple of decades has made us optimistic about food security. However, growing more rice in decreasing cultivable land is a great challenge ahead of us. We are yet to reach the yield level of China. Yield of HYV rice is almost at plateau level. Soil fertility is degrading. We are yet to get any miracle rice variety to compensate expected yield. Optimism for hybrid rice has been bleak and uncertain. Hybrid rice, which was introduced in 1998 with much optimism and enthusiasm for higher yield, has not been accepted by farmers and consumers as in China, frustrating policy makers for future food security. The recent blast attack in wheat has narrowed the scope for increasing wheat production in Bangladesh. Potato is a good supplement for rice and wheat as carbohydrate source. Yet, it is consumed as vegetable in Bangladesh, not as main dish. Ultra reliance on rice for calorie is still a problem for Bangladesh. Changing food habit of a community is very slow process. Government effort to increase Aus area and production apparently failed due to climatic, economic and profitability causes. Boro rice, which contributes nearly 57% of total rice production, is threatened by water scarcity and inter-crop competition. Aman production faces natural disaster regularly during cropping season.

To attain the ‘zero hunger’ target by 2030 focus should be caste on post-harvest losses of crops. Bangladesh incur the highest post-harvest losses in the world (for cereal 10-15%, for horticultural crops 15-50%). With the rapid income growth, high urbanisation rate and emerging middle class the demand for high quality fresh food, ready-to-eat, ready-to-cook and processed food is on the rise. We have to address market oriented production system and modern supply chain approach very efficiently.

Climate change and food security are not merely an academic module, seminar keynote paper or journal article; rather it is now an issue of existence and topic of survival.

The 34th FAO regional conference for Asia and Pacific has ended with a firm commitment to end hunger from Asia and Pacific region by 2030. Bangladesh has vowed to extend all-out effort for regional and national food security.

We have to sustain food security with foresighted policy, climate resilient technology, cutting edge research, holistic extension service and community farming approach.   Let all of us put our utmost effort to sustain our food security for today and tomorrow. Let’s dream for a country with ‘Zero Hunger’.

The writer is a PhD fellow in UNE, Australia and can be reached at [email protected]