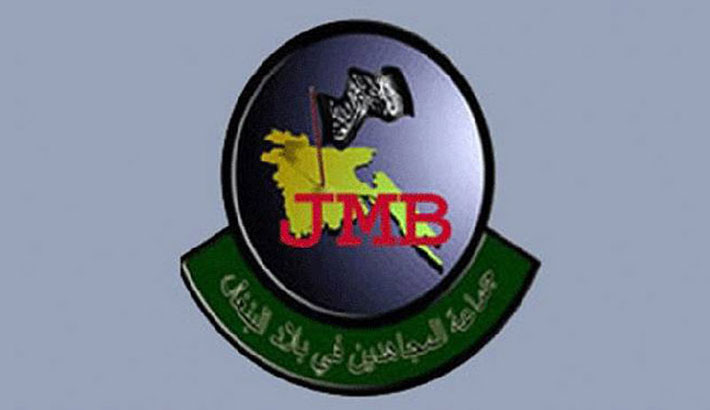 About a dozen top leaders of outlawed outfit Neo-JMB, including several women, are still active in militant activities despite the government’s ongoing crackdown on militancy.

On Thursday, members of Counter Terrorism and Transnational Crimes (CTTC) unit of Dhaka Metropolitan Police (DMP) arrested chief of a wing of Neo-JMB.

Humaira Jakir Nanvi was nabbed from her residence in Gulshan on Thursday afternoon.

CTTC Deputy Commissioner (DC) Mohibul Islam said she was arrested on charge of her involvement in a foiled attack on a programme marking the National Mourning Day at Dhanmondi on August 15 last year.

Humaira is mainly the financer of Neo-JMB, said CTTC sources.

They said she used to recruit female members for the militant body. She helped the wives of militant leaders and also handled accounts of many of them, they added.

Police earlier arrested one Tanvir Yasin, the husband of Humaira and proprietor of a publishing house, after foiling the August 15 attack.

Law enforcers said the neo-JMB militant outfit had a blueprint to carry out massive subversive act in the capital.

The plan was revealed during interrogation of some Neo-JMB members and by documents seized from hideouts of militants.

But law enforcers had foiled their plan to carry out massive attacks.

On January 5 last year, Marjan and his sidekick Saddam, also wanted militants of the Neo-JMB group, were killed in an alleged gunfight with the police’s counter-terrorism unit in Mohammadpur area of the capital.

Formerly an Islami Chhatra Shibir leader in Chittagong University (CU), Marjan is believed to be the youngest operations

commander of the notorious militant outfit, linked to Islamic State.

One Ripon, who was earlier chief of the Neo-JMB’s northern region unit, has now become chief operational commander, while Khalid was assigned the task of reorganising the outfit. Both Ripon and Khalid are suspected to be hiding in India.

Law enforcement agencies said Basharuzzaman, alias Chocolate, alias Rajib Gandhi, alias Suvash Gandhi, is looking after the information and communication technology (ICT) department of the Neo-JMB. Rajib was also arrested and he is now in jail.

The Neo-JMB had planned to kill 80 foreigners in two simultaneous suicide attacks in the city. However, law enforcers claimed that they had foiled the plan by eliminating some of the top militant leaders in recent anti-militant drives.

The Counter Terrorism and Transitional Crimes (CTTC) Unit of Dhaka Metropolitan Police came to know about the plan while grilling some arrested militants, their wives and children. Some secret documents were also seized from militant hideouts.

According to sources in intelligence agencies, the new plan was part of an attempt to destabilise the elected government and tarnish its image.

Neo-JMB leaders had selected 10 suicide attackers who were trained for the mission. At the city’s Kalyanpur militant den, spiritual leaders and trainers motivated them so that they would be ready for the suicide attacks.

Two groups, each having five suicide attackers, were assigned the task of carrying out two separate attacks in the capital.

On getting the information, intelligence agencies started surveillance and gathered adequate intelligence about the planned attacks and movement of the militants.

After the Gulshan and Sholakia attacks, CTTC officials intensified their anti-militant drives.

During their successful drives in the city’s Kalyanpur, Rupnagar and Azimpur areas as well as in Narayanganj, some of the top leaders of Neo-JMB, including its coordinator Tamim Chowdhury, were killed.

This destroyed the organisational structure of the militant outfit and weakened it, claimed CTTC chief Monirul Islam.

He also said that the militants do not have the ability to carry out large-scale attacks at this point of time, as their organisation has been weakened. So far 57 militants, including some suicide quad members, were killed in separate raids by law enforcers in the recent days. Law enforcers also arrested five suicide squad members from the capital.

On the night of July 1 in 2016, five militants attacked Holey Artisan Bakery in Gulshan and took diners hostage.

In all, 29 people were killed — 20 hostages, 18 of them foreigners, two police officers, the five attackers and two bakery staff.

Nine suspected militants were killed during a shootout with a special team of the DMP in the city’s Kalyanpur area in the last week of July.

Three suspected militants, including the Gulshan café terror attack mastermind Tamim Ahmed Chowdhury, were killed during a joint forces’ raid at Paikpara in Narayanganj on August 27.

Maj (retd) Mohammad Jahidul Islam, second-in-command after Tamim Chowdhury, was killed in the city’s Rupnagar area in September. He was also a trainer of the Neo-JMB, police said.