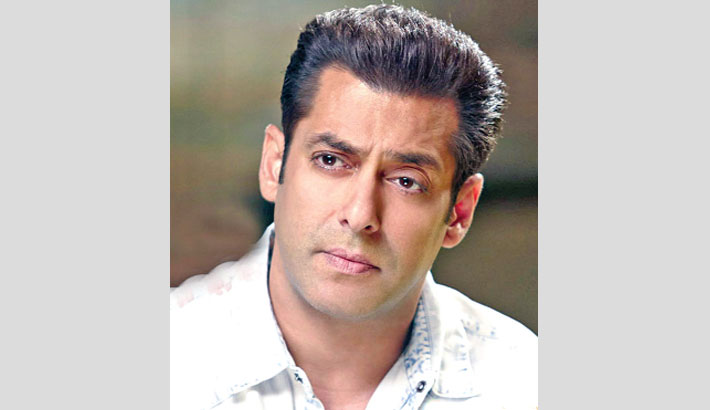 Khan, regarded as the bad boy of Indian cinema, was taken into police custody and driven to jail after the sentencing amid chaotic scenes outside court.

But the actor, who denied poaching the rare antelopes known as black bucks in 1998, can still appeal his conviction for a crime that has gripped celebrity-obsessed India for years.

“The court has given a five-year jail term and fined Salman Khan 10,000 rupees ($150),” prosecution lawyer Mahipal Bishnoi told reporters outside the court in the Rajasthan city of Jodhpur.

Hundreds of policemen were deployed outside the courtroom to keep back fans who massed to support the body-building actor best known for his macho roles.

Khan, one of the Indian movie industry’s most bankable stars, wore black sunglasses and a figure-hugging black shirt as he walked briskly from a white SUV to the courthouse flanked by security.

Four other Bollywood stars — Saif Ali Khan, Sonali Bendre, Tabu and Neelam Kothari — were also accused of joining the hunting trip but were acquitted for lack of evidence.

Khan, whose legion of fans emulate his distinct hairstyle and fashion, has accused Rajasthan’s forest department of framing him over the black buck case.

His defence lawyers had suggested the black bucks died of natural causes such as overeating, and claimed there was no evidence they had been shot.

The 52-year-old has been dogged by multiple charges since undertaking the infamous hunting safari in protected forest land while shooting a film in Rajasthan.

The Bishnois, a Rajasthani tribe seen as custodians of the region’s wildlife, filed a complaint against the actors.

Khan spent a week in prison in 1998 when first accused of using unlicensed arms to shoot the black buck.

Last year he was cleared by a court over the alleged use of unlicensed guns on the expedition. A higher court is challenging his acquittal.

Khan was also found guilty of killing gazelles on the hunting trip and served a very brief stint in jail in 2006, but was later acquitted on appeal.

Controversy has followed the Bollywood bad boy since he burst onto the silver screen in the 1980s.

He was cleared in 2015 of killing a homeless man in a hit-and-run accident. That decision is now being challenged in the Supreme Court.

He was also accused of assaulting a former Miss World and provoked a firestorm in 2016 by saying his workout schedule for a film left him feeling “like a raped woman”.

But the off-screen drama has done little to dampen his appeal.

The actor known as “bhai”, meaning “brother” in Hindi, enjoys a cult-like status with the majority of his devotees, young men who envy Khan for being unmarried at 52.

Bollywood film industry analyst Komal Nahta said the conviction and any jail term would only delay movies but not seriously harm his career.

“He is a superstar whose films guarantee huge box office numbers,” Nahta told AFP. “A jail term might affect a few films that are in the pipeline.”

“These films can wait as they have not yet begun production and at present it would only mean a loss of time rather than money investment.”

Khan remains one of Bollywood’s biggest draws despite his off-screen drama, starring in more than 100 films and television shows.

According to Forbes, he made $37 million in yearly earnings to finish second behind Shah Rukh Khan in the 2017 Bollywood rankings.

Both the Khans are among the top 10 most highly paid actors in the world.