Dhaka: What Is Waiting For This Mega City? 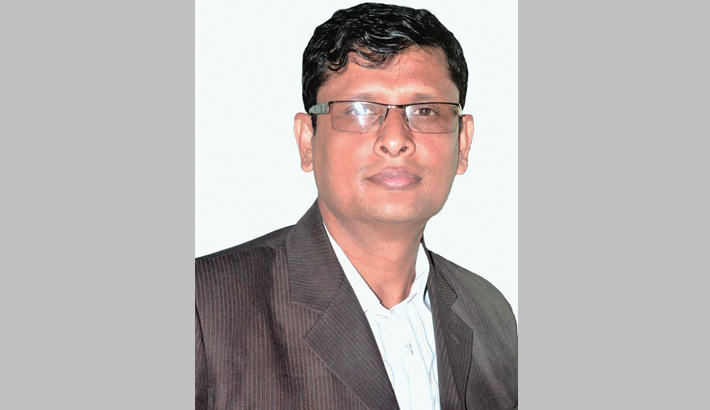 Dhaka, perhaps the only economic and cultural hub of Bangladesh and one of the fastest growing cities in the world, has been beset with grave difficulties since the last three decades. This is perhaps the only capital city of the world where the average speed of the vehicle is quite less than the walking speed people use to take over. And, it is perhaps the only capital city of the world where more than 5 million working hours of the commuters are eaten up each day due to the traffic congestion that incurs billion of dollars economic depreciation every year. It is the only place that takes usually more than two hours to come across just less than a kilometre during a rush hour. The residents of the city thus have been in a serious threat both psychically and mentally resulting in physic-mental impotency with its long effect. That is why question arises to the public mind: what is the future of the city as well as its dwellers?

In the 1980s the population of Dhaka city was only 3 million that exceeds 20 million now having a threat of big human explosion. Instead, the space for the usurers had been shrunk badly due to its multifarious usurpers. Private and public vehicles in the street have increased geometrically; expenditure in public life has increased intolerably so as to the hazards in normal life-system undeservedly. The increasing problem of city life had always been overlooked by the city planners. Or, the project taken as future action plan for the city was mostly unreal.  Statistics indicates that the city population will increase by just double figures by 2035. The centripetal influx of all kinds of working people including daily workers, professionals, politicians, seasonal peddlers and fortune seekers has increased by two-hundred per cent. In the lean season, workers of northern part particularly Rangpur, Nilfamari, Gaibandha, Lalmonirhat come to the city for Rickshaw pulling or odd jobs. Accordingly, Dhaka becomes the city of all possibilities where choices have been made by the people to change their fate. From hawkers to high officials—this tendency had been in prominence. Certainly, this city is supposed to have provided all facilities here despite the fact that it lacks minimum liveability.

Among many others the problem of health and sanitation, pure drinking water, water logging, dust and air pollution, unbearable noise, theft and robbery, and also the scarcity of recreation are at the intolerable level here. The city doesn’t have minimum facilities to the pedestrians to walk freely and it has very few opportunities for children to play without fear. City planners and research organisations from different corners sit at times to find out a possible solution but no significant result has come yet. The suffering of the public is on the rise.  People of the city show their maximum patience while they use to travel in the street. In almost every case, valuable time of at least three to four hours has to be spent on the streets. Hazardous traffic system vitiates the whole transporting chain. People of this city, in effect, have been accustomed to breaking traffic rules; very few incidents have been recorded of awarding punishment to the violators of traffic rule.

Meanwhile, to reduce the tedious traffic mess many costly projects including metro-rail project, flyover etc are being implemented. Truly, those projects are very target oriented but it creates suspicion to the mind, whether it at all would see the light of the day! Metro rail, the most ambitious project taken so far in the country, has been much slower than the snail’s pace. The progress is rather frustrating as a result the gridlock of traffic from the north to south is still in a dreamy touch. Nobody expect that it may be completed in the near distant. Fly over, another very effective way of reducing congestion, is still at a very initial phase because the most vulnerable areas of the congestion remain undetected e. g. Sadarghat to Gulistan, Gabtoli to New market, etc. Repeated changes of design and the lack of holistic approach to the reality have thrown the flyover project down.

Again, air contamination of Dhaka city ranks 3rd worst in air quality index. It narrowly surpasses only two cities of south Asia— Lahore and Kabul. Huge numbers of people are dying in the capital due to the respiratory problem caused by air pollution. The air of Dhaka is polluted with poisonous chemicals and its dwellers inhale the unhealthiest air. Black smoke, brick kilns, vehicle emission, dust with lead, sulphur, carbon monoxide and nitrogen dioxide are the sources of air contamination. In the dry season, the level of contamination increases by double which is identified as the most terrible unhealthy state.

In the monsoon the city dwellers undergo another very peculiar experience which is rare at any mega city in the world. Water logging in the street becomes the most bothering and disgusting issue of the city. Water experts and consultants of Dhaka city find huge number of strategies over the years but it results nothing at the end. Light rainfall inundates low-lying areas of the city, that is not very uncommon, but heavy downpour engulfs the whole capital with dangerous feedback. City people have the experience of falling into the manhole during down pour. The city street at that time turns into a sea of vehicle. Ambulance or emergency transports are often found to be standing still for hours.

For obvious reason, Dhaka needs a drastic plan to get rid of the odds; and it is a must.  Expansion of the city administration is in an urgent need to save Dhaka and its dwellers. As the only central city of the country, Dhaka has to bear all pressures including administrative, political, social and cultural. For any single purpose, people of remote areas of the country have to go the capital. It could have been avoided if the facilities were made available at people’s doorsteps.

It is imperative to relocate the city facilities right now because the city is not in a capacity to bear burden any more.

The writer is Professor and Chairperson, Department of Philosophy, Jagannath University, Dhaka