25 Bangladeshis among the dead 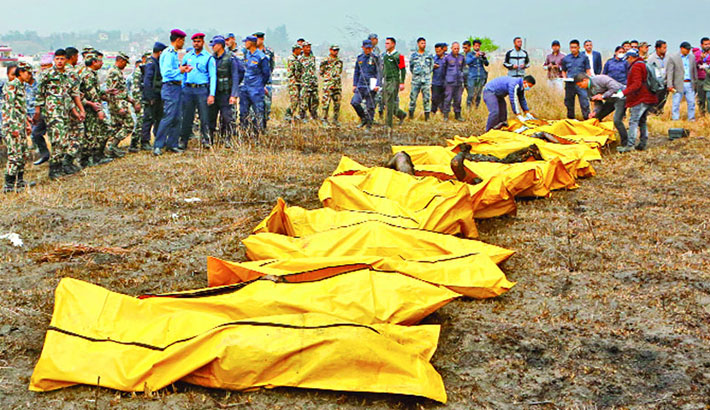 At least 25 Bangladeshis are among the 49 people killed in US-Bangla Airlines plane crash at Tribhuvan International Airport in Kathmandu.

The dead included 14 men, nine women, a boy child and a girl child.

Of them, Foysal Ahmed was a reporter of Boisakhi TV, Alifuzzaman hailed from Khulna and was a BCL leader and Sanzida Haque was the coordinator of Sushashoner Jonno Nagorik (Sujan), her husband Raiquz Zaman and six-year old son Aniruddha Zaman.

Of the injured, eight people are men and three are women. A former student of Dhaka Residential College, pilot Abid was also a flight lieutenant of Bangladesh Air Force.