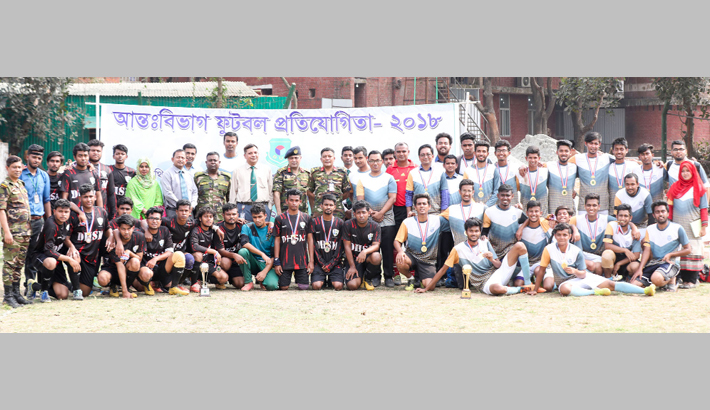 Bangladesh University of Professionals (BUP) Dean of Faculty of Medical Studies Brigadier General Dipak Kumer Paul Chowdhury, centre, along with the winners, are seen after final of BUP Inter-Department Football Tournament on Monday.

The final match of the Bangladesh University of Professionals (BUP) Inter-Department Football Competition was held at BUP playground in the capital on Monday.

Teams from BBA (General) and Disaster and Human Security Management (DHSM) faced each other in the final where BBA department emerged as the champion. DHSM Department achieved runners-up trophy in the competition.

BUP’s senior officials, teachers and students were also present at the programme.