Pooja signs a film with Prabhas 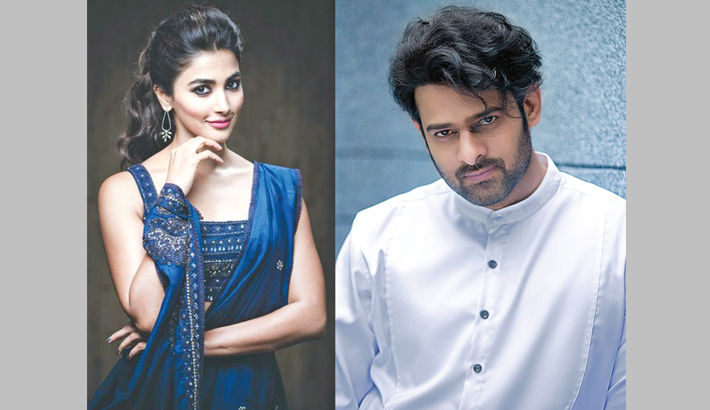 After making heads turn with her Bollywood debut in Ashutosh Gowariker’s 'Mohenjo-Daro', Pooja Hegde is all geared up for her next film. The Miss India finalist, who has worked with Hrithik Roshan and Telugu superstar Allu Arjun of 'Duvvada Jagannadham' (DJ) fame, is all set to work with 'Bahubali' star Prabhas.

Pooja will be romancing Prabhas in this one-of-a-kind love story, which will be directed by Radha Krishna Kumar under the banner of UV Creations. The film is scheduled to go on floors around July 2018 and will hit screens in 2019. The bilingual film (Hindi and Telugu) will be shot at exotic locations abroad. Pooja is all geared up to work with some of the finest actors from Tollywood.

Earlier the actress had also confirmed the films she has with superstar Mahesh Babu and Jr NTR in her kitty. Pooja seems to have a busy calendar all through this year and in 2019.

Confirming the news, a source close to the actor said, “Pooja is overwhelmed and humbled with the love she’s receiving with every passing week from not just audiences but from the film industry as well. She’s on a signing spree and has already signed with the best actors Tollywood has to offer, right from the nation’s favourite Prabhas to Mahesh Babu and Jr.NTR.”

Not much information is available about Pooja’s projects with Jr NTR and Mahesh Babu. However, during the announcement of the Jr NTR project, the actor expressed her joy on her official Twitter account. She wrote, “Extremely happy to be on board ..looking forward to work with @tarak9999, Trivikram sir and the rest of the super talented team..Gonna be great (sic).”      —TOI