Migration in recent years has alarmingly increased in Bangladesh. It shows the acute unemployment problem in our country. Study reports from various corners of the country focus the trend of migration. As a result brain drain happens. There can come a time in our country when no talented people will be available to chair the offices. A recent study result of World Economic Forum says that 82 per cent of young people aged 15 to 29 prefer migration and they have no wish to live in Bangladesh. Inequality in job market is blamed for such a rush for migration. It seems true when Mr. Nurul Islam, Minister of Expatriates’ Welfare and Overseas Employment revealed that some 10,77,000 people migrated from Bangladesh in 2017. It is indeed a record and the total credit of making such a landmark record goes to Bangladesh Association of International Recruiting Agencies (BAIRA).

BAIRA is a national association of registered recruitment agencies for overseas employment. It was established in 1984 with a view to catering to the needs of the licensed recruiting agencies who are engaging themselves in promoting human resources from Bangladesh in markets abroad. Its members deploy a good number of unemployed skilled, unskilled, semi-skilled workers in foreign lands after imparting necessary training.

BAIRA now chairs OESP_AAA that stands for Overseas Employment Service Providers – Alliance of Asian Association. It has twelve member states namely Afghanistan, Bangladesh, Cambodia, China, India, Indonesia, Nepal, Pakistan, the Philippines, Sri Lanka, Thailand and Vietnam. All the members are labour exporting countries. The young people of these lands like to migrate for better living and working conditions. It will not be an exaggeration to opine that a very small percentage of the young people of these countries have good opportunity for a better life in their own country. So the majority of them want to migrate to where there are higher opportunities to get work.

Not only homo-sapiens, but animals and birds migrate too. The birds from the Siberian territories come to our land to avoid severe cold. After staying for a few months they go back. The fishes also change their abode. Prophet Hazrat Muhammad (sm) also migrated following the direction of Almighty Allah, that we call Hijrat. Migration is a tradition since the creation of man. 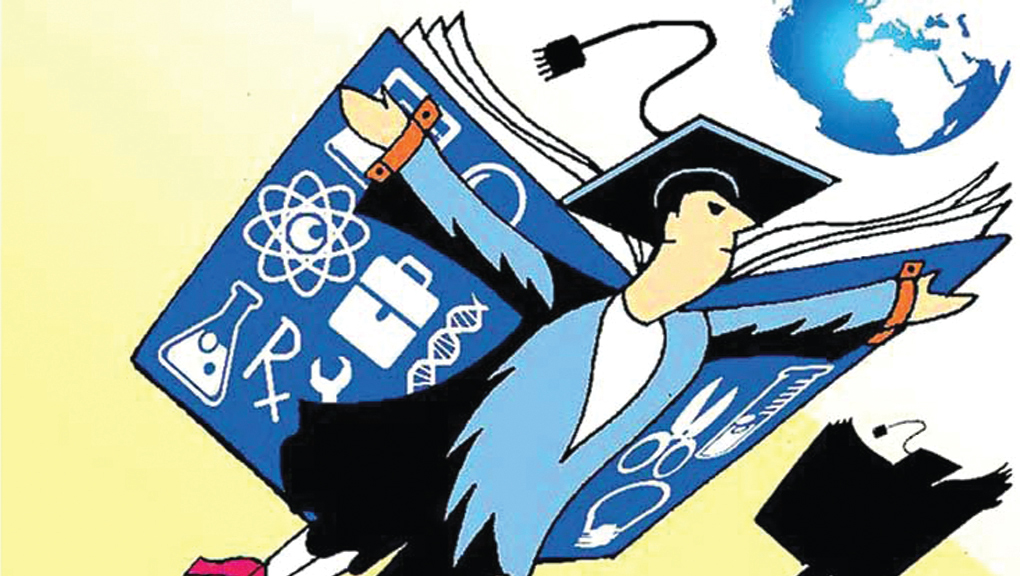 But what are the causes that lead people to migrate? The quality of soil falling due to overdose of chemicals, rivers dying due to encroachment, children getting obese due to lack of physical activity, people having health problems due to formalin in fish, fruits, etc. and the national education standard dropping due to regular question leakage – all these will have an adverse effect on the future of the young generation of the country. Thus many young people may take decision to leave Bangladesh and migrate to another country.

Students are contaminated in two ways – free internet access and GPA – 5 competitions. Where Bill Gates does not allow his kids to surf the internet before adulthood, our guardians boast of their children having good internet browsing skill.  So here lies our difference in parenting and education with the developed countries. If the Government withdraws bar of GPA-5 for appearing in admission test in the public universities, then the domination of guide books in education will diminish. When the rush for GPA-5 can be controlled the quality people with creativity may be produced. The government should allow all the HSC passed candidates to vie for admission in public universities. ‘Education for All’ does not mean barring young learners from entering higher education.

Migration causes brain drain. It will make our nation talentless. The nation will suffer from lack of talents in the future. We should make our country livable so that our talents remain to contribute in the nation building.