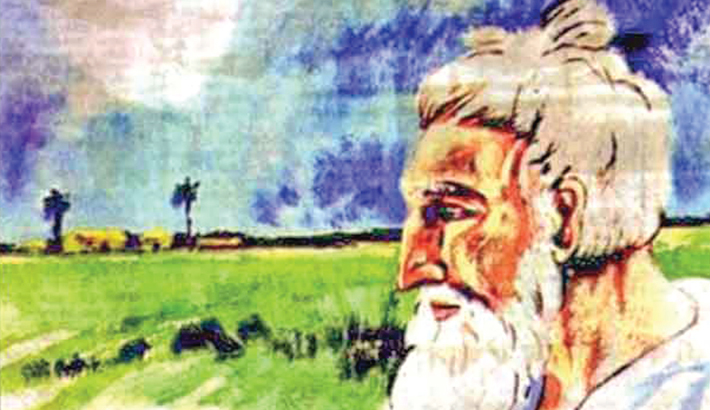 In memory of legendry mystic bard Fakir Lalon Shah, a three-day Lalon festival underway at Lalon Akhra of Cheuria village of the district.

The Lalon Academy in association with the Ministry of Cultural Affairs is organising the event.

On the occasion, the shrine of Fakir Lalon Shah has worn a festive look and hundred of devotees from home and abroad has started gathering the Akhra.

Kushtia now turns into a town of festival. The mystic songs of Lalon Shah reverberate at his den on the occasion.

A good number of floating vendors have set up different kinds of shops on the festival venue.

Lalon Shah was a Bengali baul, mystic, songwriter, social reformer and secular thinker. He has become an icon of religious tolerance and secularism in Bengali culture.

He was both praised and criticised in his lifetime and after his death.

His disciples mostly live in Bangladesh and West Bengal. He is also regarded as the founder of the Baul music.

Lalon composed numerous songs and poems, which describe his philosophy. It is said that he had composed about 10,000 songs of which 2,000 to 3,000 can be tracked down today while others are lost in time and hearts of his numerous followers.

His philosophical expression was based in oral and expressed in songs and musical compositions using folk instruments that could be made by from materials available at home - ektara, one-string musical instrument, and duggi, drum.

Lalon has been portrayed in literature, film, television drama, and in the theatre. Indian actor Prosenjit portrayed Lalan Shah in ‘Moner Manush’ in 2010.

The film was an adaptation of Sunil Gangopadhyay’s biographical novel of the same title. This film, directed by Goutam Ghose, won ‘The Best Film Award’ at the 41st International Film Festival of India held at Goa from 22 Nov to 02 Dec 2010.