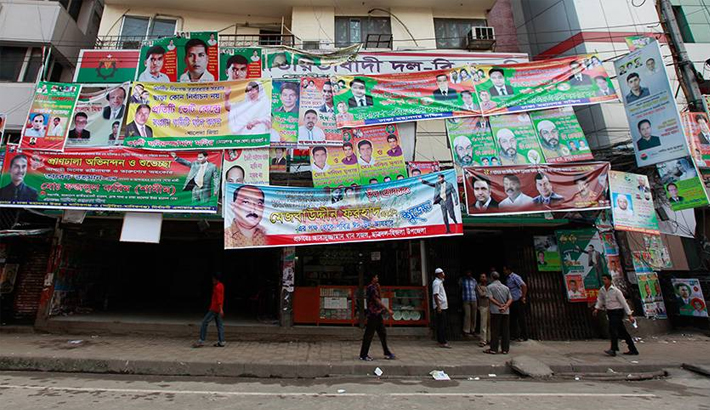 Bangladesh Nationalist Party (BNP) has plunged into the deepest crisis in its history following party chairperson Khaleda Zia’s conviction in the Zia Orphanage Trust graft case, according to political analysts.

BNP will now face a big challenge of maintaining unity among party leaders and activists as Khaleda Zia landed in jail after trial court handed down verdict against her in the graft case.

Some analysts observe that in absence of Khaleda Zia, BNP which came to power ‘three times’ will find it very difficult to maintain party unity let alone carrying out political activities.

Gyasuddin Molla, president of Bangladesh Political Science Association, told the daily sun that Khaleda Zia’s conviction in the graft case has put BNP in the worst crisis it has ever faced.

Tarique Rahman has been declared as the acting chairman of the BNP in absence of her mother Khaleda Zia, but he is also convicted in the corruption case.

Now question has been raised by many how a corrupt person can lead a party.

“It is a temporary crisis. Ruling Awami League has created the crisis by sending our party chief Khaleda Zia to jail,” BNP vice-chairman Shamsuzzaman Dudu said.

Asked how Tarique Rahman will run the party from London, Dudu said, “It is digital era. There will be no problem in communication between Dhaka and London. Even it is possible to talk through video call. We will assist Tarique in keeping him updated with the country’s political situation.”

Insiders said BNP has fallen into worst crisis after Khaleda Zia’s landing in jail while its acting chairman Tarique Rahman has been staying in London for long.

“After Khaleda Zia was sent to jail, there is no one of Zia family now in the country. Tarique is staying abroad along with his family. Family members of Khaleda’s younger son late Arafat Rahman Koko are also staying abroad,” said a BNP leader.

Many BNP leaders said the party will now face a big problem in running party’s organisational activities and going for any action programmes in absence of Khaleda Zia.

BNP will not be able to wage tough movement demanding release of its leaders and activists, including Khaleda Zia and withdrawal of cases filed against them, they said.

They also they fear that BNP will be branded as violent political party ahead of the next parliament elections, if it goes for tough movement, said a top leader.

BNP secretary general Mirza Fakhrul at a press conference on Thursday said before landing in jail, Khaleda Zia directed them not to announce any whimsical or violent programmes.

Sources said that BNP leaders are worried about how their party will participate in the next parliamentary elections without Khaleda Zia and Tarique Rahman.

Mirza Fakhrul said the conviction of Khaleda Zia will deepen the current political crisis in the country.

As per law, if someone is sentenced to at least two years’ imprisonment, s/he cannot take part in any election for the next five years. “She [Khaleda] can participate in the election. There is no barrier to her bail and participation in election,” BNP standing committee member Moudud Ahmed said on Thursday.

BNP sources said conviction panic is also haunting BNP leaders and activists after conviction of Khaleda Zia and Tarique Rahman while many senior leaders may be disqualified from participating in the election due to their conviction.

In this situation, maintaining party unity is a big challenge for the party as many leaders fear party split in absence of Khaleda Zia and her son Tarique Rahman, they said.

Insiders said many party leaders thought that the announcement of making Tarique as acting chairman should have come from the party standing committee formally, not by any single leader.

Under the direction of Tarique Rahman, party senior leaders on Saturday sat in a meeting at Khaleda Zia’s Gulshan office to discuss how party unity can be maintained in absence of Khaleda Zia.

Asked if there is any possibility of party’s split in the present situation, Mahbubur Rahman said, “BNP leaders and activists are now united and there is no such possibility.

During the meetings, the BNP chief called on the party leaders to remain united to face any situation.

Speaking at the inaugural session of the NEC meeting, Khaleda Zia issued a note of warning that if anybody betrays the party, he will not be pardoned again.