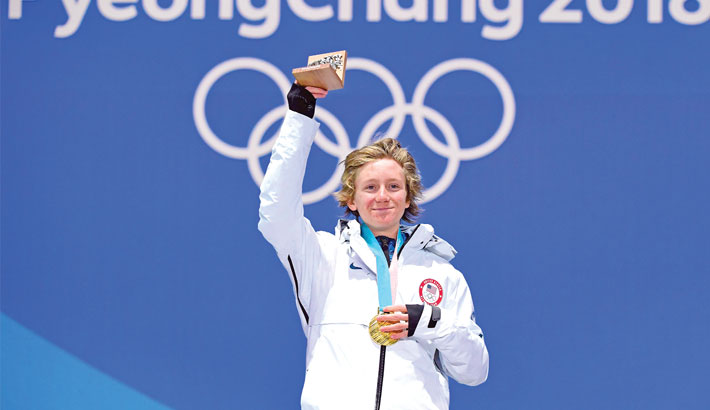 Gerard, 17, also became the youngest US men’s Olympic champion since 1928 with his victory in slopestyle, with Canada’s Max Parrot taking the silver.

In another golden performance, Simen Hegstad Krueger led a Norwegian sweep in the men’s skiathlon. Charlotte Kalla won the women’s event for Sweden on Saturday.

But Canada’s Mark McMorris staked an early claim for the most inspirational story of the Games with his slopestyle bronze — just 11 months after a near-fatal crash.

His medal came on an eventful day after an earthquake triggered an alert, winds disrupted events and a fire warning was issued on a day of more sub-zero cold that left athletes and spectators shivering.

Following a snowboarding accident last year, McMorris was fighting for his life after breaking 17 bones and suffering a collapsed lung and ruptured spleen.

“I don’t want to think too much about the past today, but I appreciate the fact I’m here on my snowboard,” he said.

“Whatever the outcome was today, just me being pumped on being able to ride a snowboard.”