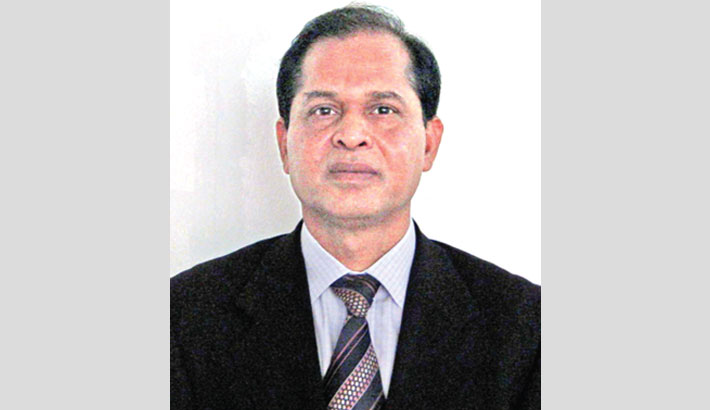 The Father of the Nation Bangabandhu Sheikh Mujibur Rahman was arrested at around 1:30 am on 26 March 1971 (Friday) from his Dhanmondi residence by the Pakistan Army. Later he was taken to West Pakistan and detained. At the beginning, no one knew where he was kept and how he was. Even no one could say whether he was alive or not, although it was said from Swadhin Bangla Radio that he was good and was with the people. This announcement was done repeatedly so that the Bengalis engaged in the war of independence did not lose their courage. However, it was confirmed that Bangabandhu was alive when Pakistan’s President General Yahya Khan announced the trial of Bangabandhu in a secret military court in Pakistan.

Bangabandhu knew very well that the Pakistani military would arrest him. Some of his colleagues and friends asked him to leave the house while informing him the situation over telephone. He could escape, but he did not. He said if he did that, then the Pakistani military will destroy the entire Dhaka city to find him. This was published in the Washington Post on 30 March1971 in a report by Simon Dring of the Daily Telegraph, London. That report also described the killing and atrocities of Pakistani army on the night of 25th March.

In his report published on the New York Times on 20 May 1971, Homer A Jack said that martial law had been proclaimed on 25 March, Awami League was banned, Sheikh Mujib was arrested and Pakistani military started destructive activities. On 27 May, a proposal was accepted unanimously by expressing concern over the arrest of Sheikh Mujibur Rahman in the meeting of the Socialist International Council held in Helsinki.

On 17 June 1971, the Indian Foreign Minister said at a press conference in Washington that everyone was concerned about the safety and wellbeing of Sheikh Mujibur Rahman. He expressed his hope that the world leaders would try hard to convince the Pakistani rulers to release Sheikh Mujib.

The news item, published in the Guardian on 5 July 1971 following the visit of a 4-member British Commons mission to East Pakistan and India, referred Labour Party MP Mr Reginald Prentice who said that Pakistan’s President should release Sheikh Mujibur Rahman along with other Awami League leaders.

In his statement at the Indian Parliament on 20 July, the Indian Foreign Minister Sardar Sharan Singh said that according to President Yahya Khan’s statement of 28th June, any steps taken by Pakistan against Sheikh Mujibur Rahman would be to make the way of the creation of Bangladesh.

In the first week of August, US Congressman Cornelius Gallagher said in the House of Representatives that the military government of Pakistan should be pressurised to release Sheikh Mujibur Rahman and to continue talks with him to solve the problem.

Indian Foreign Minister in his statement at the Parliament on 9 August 1971 described the overall situation of Bangladesh including the trial of Bangabandhu in a military court in Pakistan. All 500 members of the Lok Sobha urged the humanity conscious people of the world to protest against the proposal of the Pakistani President. In addition to condemning the Pakistani proposal, the Foreign Minister also warned the Pakistani government about its dire consequences.

On 10 August 1971, Indian Prime Minister Mrs. Indira Gandhi sent messages to all heads of state of the world about the release of Sheikh Mujibur Rahman. In that message, she expressed fear that Sheikh Mujibur Rahman could be hanged in the wake of the secret trial. So she urged everyone to put pressure on President Yahya in taking practical steps for the peace and stability of the region. Indian Foreign Minister Sardar Sharan Singh sent a message to UN Secretary General U Thant on 10 August. In that message, he said that the announcement of the Pakistani government about the trial of Sheikh Mujibur Rahman had shocked everyone. The people of India, the media, the parliament and the government, all believed that the activities of Pakistan in East Bengal had created problems for everyone. It would increase ten times more if the Pakistani government did anything with the life of Sheikh Mujibur Rahman. The Foreign Minister appealed to the Secretary General to take urgent steps in requesting the Pakistani government to abstain from such activities. On the same day, the UN Secretary General gave a statement expressing concern about Sheikh Mujib’s trial.

A news item published in La Nacion (Buenos Aires) on 15 August 1971 said that UN Secretary General U Thant had warned that the secret trial in the name of betrayal against Mujibur Rahman of East Pakistan would be more terrific than the effect of hurricane in November and later cholera in East Bengal. Two days later (17 August), the International Jurists Commission in Geneva sent a telegram to President Yahya Khan to release Bangabandhu.

Former British Secretary of State for Commonwealth Affairs Arthur Bottomley, at the conference of the Commonwealth Parliamentary Association held on 13 September 1971 in Malaysia, urged all governments to put pressure on Pakistan to release Sheikh Mujibur Rahman. The 13th September issue of the African Tribune published from Kinshasa said that if Sheikh Mujib was released only then necessary steps could be taken for a peaceful solution of the problem. On 15 September, a statement by US Senator Charles H Parcey was published on the Christian Science Monitor, which said that Pakistan would be condemned by the world if Sheikh Mujib was sentenced to death or life imprisonment.

In his letter to President Yahya Khan, the Soviet President Nikolai Podgorney expressed his concern for the arrest and trial of Bangabandhu Sheikh Mujibur Rahman. On 27 October, the Austrian Chancellor Bruno Kreisky condemned the detention of Sheikh Mujibur Rahman by the military junta of West Pakistan and said that no democratic party in Europe would tolerate such activities.

On 18 November, the editorial of L’Unita, published from Rome, urged the peace loving people and countries of the world to come forward to release Bangabandhu Sheikh Mujibur Rahman.

In a letter to US President Richard Nixon on 15 December, the Indian Prime Minister Indira Gandhi emphasised the urgency of the release of Bangabandhu Sheikh Mujibur Rahman and asked for his intervention. However, President Nixon replied to that letter after two days of our independence, ie on 18 December.

Finally, the Pakistani government had to release our beloved leader, Father of the Nation Bangabandhu Sheikh Mujibur Rahman from jail. On 8 January 1972, Bangabandhu was released and went to London. From there he reached Dhaka on 10 January via New Delhi.