Launching Of Echoes: A Memorable Reunion 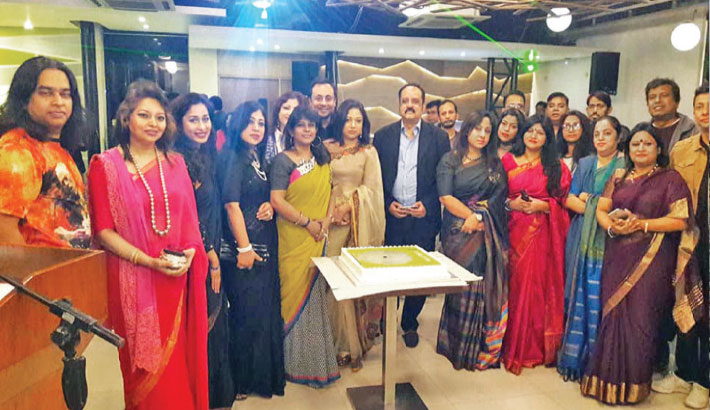 The 80’s had it all- guitar that spoke to the soul, beats commendable and lyrics that are truly memorable. Those who did music back at the 70’s and 80’s had the best time of their lives and offered their fans music bona fide. While many musicians and styles of music of contemporary times are just as great but there is something about those times that fills us with nostalgia. Musicians of that time later moved on to different activities. Some legends continued to do music to this day while some legends dispersed to different parts of the globe, cherishing with them wonderful memories. That is why launching of Echoes, a musical blog, was such a memorable moment. Many musicians back from that time reunited here at Fusion Hunt, Banani to reminisce the good old days and create memories to be cherished in later days. Some of the greatest names from the music world namely Arshad Amin and Imran Hussain (Rockstrata), Romel Ali, Georgina Huq (first female drummer of Bangladesh), et al were spotted at this event. Tanvyr Chowdhury from Poizon Green was there. The band Dew Drops who had released a song in Agontuk 1 was present. Meanwhile Bands Reekar and Rivals did a great performance.

It all began with a Facebook group on rock music that allowed the members to share their favorite music, concerts, biographies, etc and gave them a platform to stay connected. Lala Rusputtin (Sohel), head of admin, decided to do something after coming back to Bangladesh. The concept of creating the first music blog ‘Echoes.blog’ was given shape and, very soon, the launching took place. As the event had happened quite suddenly and it was a rather wintry night, quite a few musicians couldn’t attend. But many of them turned up, jammed together, laughed and rejoiced together. Romel Ali had an awesome impromptu jam. Georgina sang a few English songs in her ever ethereal voice. Some names that deserve mentioning as well are the co-admins Russel Chowdhury, Akther Fahmi, Russell Hoq, Salina Chowdhury, Anik, Roni Rabbi, Nabil Ahmed, Tusher and Ayesha Sultana. Russel Chowdhury said, “It was an epic moment. I feel lucky to have been there at that event, witnessing all these legends right in front of me!”

A mélange of music styles could be found here. There were covers done all the way from Pink Floyd and Dio to death metal tracks. Besides the music, the camaraderie was beautiful. There were young musicians from the past who had grown up to be successful people- teachers, engineers, etc. Yet the friendship and bonding that was established through music was deep even all these years later. People related to the event said that they hope to organize more such events.