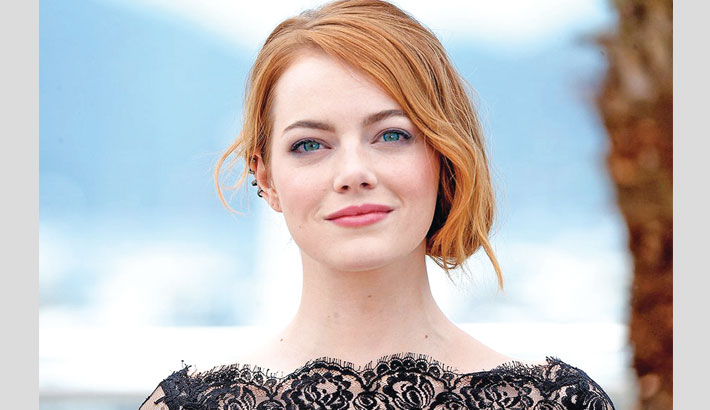 Emma Stone used her make-up to make a statement for Time's Up on the Golden Globes red carpet. The 'Battle of the Sexes' actress joined the majority of attendees at Sunday's ceremony in wearing black in solidarity for the anti-harassment movement at Sunday's (07.01.18) ceremony at the Beverly Hilton hotel in Beverly Hills but her make-up team took the message one step further by choosing green and white eye shadows and violet on her lips, shades worn by 19th century feminists.

Make-up artist Rachel Goodwin explained to PeopleStyle: ''Once I heard about the idea of women coming together and wearing black to the ceremony, and the message behind it, my friend Arianne [Phillips] designing the Time's Up pin and what the message is, I wanted the makeup to have a message as well.

''I thought, red lipstick was a color suffragettes wore, so I did more research and found that they also wore very specific, symbolic sashes, pins, petticoats and all these things in purple, emerald green and white when they were fighting for the right to vote.

''I wanted to give the beauty look that had more meaning to me that was far beyond mascara and lipstick.''

Rachel felt the Golden Globes red carpet had much more gravitas than usual so that was important in her work.               —Contactmusic