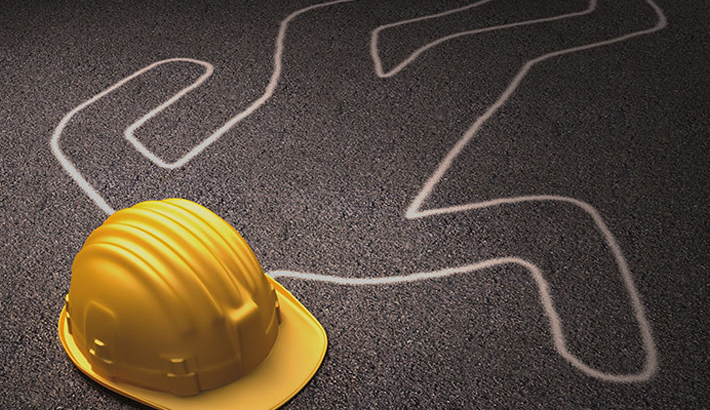 Safety and Rights Society Executive Director Sekender Ali Mina revealed the findings of the survey at a press conference at Dhaka Reporters Unity (DRU) in the capital on Wednesday.

The survey found the highest number of casualties in construction sector as 144 died while working at construction sites last year, which was about 34 percent of the total deaths.

Safety and Rights Society is an NGO working for the improvement of workplace health and safety in Bangladesh made the report based on news published in 26 daily newspapers.

However, the report does not include the deaths of workers outside the workplace or the ones in road accidents on the way to or from their workplaces.

According to the survey, road accidents caused 117 deaths last year while electrocution 88.

Besides, 57 workers died in plunges from high rises, 32 in wall/roof/earth or hill collapses and 30 in boiler explosions, 16 in explosion of explosive objects while 39 were crushed after falling under machinery or heavy load or hard objects.

Nineteen workers were suffocated to death after inhaling poisonous gas of septic or water tank while 18 burnt alive, 16 died in explosions, and 10 others in various incidents, including drowning and lightning strike.

Sekender Ali said the deaths of workers at workplaces increased last year than in 2016 as the authorities concerned failed to take effective steps to reduce workplace deaths.

Examining 1,419 cases of workplace deaths, he said they found the employers guilty in most cases as they did not provide the victims’ families with due compensation as per the Bangladesh Labour Act 2006.

Sekender stressed the need for strong efforts both by the employers and owners to take measures to reduce the level of risks that workers suffer.

He also said relevant laws must be implemented and monitoring be intensified by the authorities concerned to ensure safer workplaces and reduce the incidents.